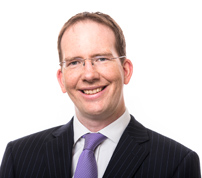 Should Employers Be Able to 'Fire and Re-Hire' Employees?

Commentary on Ofsted Review of Sexual Abuse in Schools

The New Debt Respite Scheme (Breathing Space) - What Do Schools Need to Know?

Charitable independent schools will be familiar with the need to report serious incidents to the Charity Commission and with the various iterations of its guidance.

The existing guidance already required schools to report incidents involving partners which materially affect the school. A school's partners for these purposes would include the following:

Given the content in the new guidance around reputation and by analogy to a federated structure, partner organisations are likely to include other schools (including internationally) which use the school's branding under licence even where these are not carried on by the school charity or its own subsidiaries.

The new guidance fleshes out the circumstances in which a school should report serious incidents involving a partner organisation and organises them into three scenario types:

Regardless of the scenario type, the Commission says there should be an assessment of what has happened, its specific circumstances, likely impact, risk to the school charity and whether it is reportable.

Whilst most of the new guidance aligns with the approach that most trustees and governors will already have been taking, one aspect does bear emphasis. Under this guidance the need to report is triggered by the breadth of contractual provisions allowing the school to terminate or suspend its agreement with the partner (to which we would add, contractual triggers for other major performance review mechanisms).

If an event does trigger this sort of provision in a contract, the trustees' approach to the school's contractual position is likely to need to be covered in the report.

Schools will need to make sure that they receive enough management information from partner organisations in order to effectively manage the relationship that the school has with them. Part of this involves monitoring and managing adverse incidents as well as reporting those that need to be reported to the Charity Commission. Schools should therefore make sure that they are receiving the information they need from partner organisations and have a commitment from the partner to provide and allow the school to report information relating to serious incidents. It will be important to agree and record any understanding about using a partner's confidential information to make reports.

The need to report serious incidents involving partners is not new, but it has always been more involved than reporting for the school itself. Not only are there practical issues about ensuring information is available and can be used, but also the degree of removal can make it more difficult to decide what is or is not reportable. The difficulty usually lies in those scenarios which do not involve the school’s funds, brand or people but could have a significant impact on the school. This is the area where the Commission's new guidance is most likely to have an impact - both in clarifying what to report, and potentially in extending beyond what may have been apparent from the core reporting guidance, such as events which would trigger termination provisions or cause reconsideration of a partner's suitability.

If you have concerns regarding serious incident reporting, please contact Barney Northover in our Independent Schools team on 0117 314 5395, or complete the form below.