Capital Projects and Letters of Intent - the Risks to Avoid 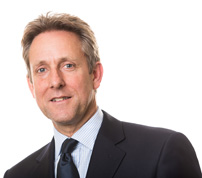 What should you be doing to make the construction process as smooth and timely as possible?

Capital projects at almost all schools inevitably work to tight timescales in order to maximise the construction time on site during school holidays. However, even when the final details of the specification of the new building or refurbishment have been agreed, putting in place a formal contract can take precious days or sometimes weeks.

To ensure the programme is achieved, you may have to engage the contractor to mobilise, order material or even start work before the formal contract is drawn up. Schools will often be advised to provide the contractor with the comfort of a letter of intent stating that he intends to execute a contract in due course.

Such letters are notorious for creating uncertainty.

Much depends on the precise wording of the letter, but there are a three broad possibilities.

Top Tips for Writing an Effective Letter of Intent

If properly drafted, a letter of intent can provide a perfectly safe and commercial method of achieving your school's aims: allowing the contractor to start work as early as possible but at the same time protecting you against the unwelcome consequences mentioned above.

A well-constructed letter of intent will:

How Can We Help You?

We have a team of specialist construction lawyers who regularly advise schools upon all aspect of the construction process and will be pleased to provide you with a template for safe and commercial letter of intent.

Please contact Huw Morgan, in our Contruction law team, on 0117 314 5293 if you have any queries or would like any further information.