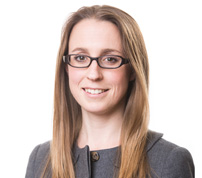 The Law Commission is consulting on proposals to reform various aspects of charity law.

If implemented, some of these reforms could have potentially significant implications for independent schools as charities.

Of the various proposals for reform, the following are likely to be particularly relevant for schools:

As schools will know, the current requirements they face when disposing of and mortgaging land can result in substantial professional costs and delays in land transactions. Measures are proposed to simplify these by repealing the general prohibition on disposal without an order of Charity Commission and replacing this with a duty to obtain and consider appropriate advice on the transaction unless trustees consider such advice is unnecessary. The new duty would apply to all kinds of disposals including sales, leases and mortgages.

The reforms would mean that instead of having to obtain a surveyor's report on any disposal or advice on prescribed matters on any mortgage of land, Governors could decide whether to obtain advice and what kind of advice would be appropriate.

It is also proposed to abolish:

Schools with permanent endowment may be given additional flexibility to spend this if the proposed reforms are implemented.

Schools incorporated by Royal Charter and those formed by Act of Parliament should find it more straightforward and less costly to make changes to their constitutions if the Law Commission's proposals are adopted. These include a power to make 'minor' amendments without the consent of the Privy Council or Parliament.

The Law Commission proposes that trustees should have a statutory power to make small 'ex gratia' payments (payments which they feel morally obliged, but have no legal duty, to make) without Charity Commission authorisation. For example, this may enable schools to make small payments to members of staff (e.g. to recognise their contribution to the life of the school) without the Commission's consent.

For further information, please contact Rachel Tonkin in our Independent Schools team on 0117 3145397.