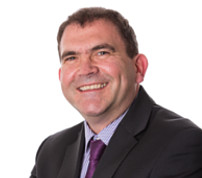 How Can David Help You?

David specialises in acting for developers and those dealing with developers in relation to all aspects of commercial, residential and mixed use schemes, with particular expertise in relation to overage arrangements. He also has expertise in dealing with strategic land through promotion agreements and property joint ventures. David also acts for buyers, sellers, landlords, tenants and funders of commercial property.

David is also a member of the Pharmaceutical & Life Sciences sector team in Watford, which focuses on advice to pharma, pharmacy and medtech.

In conjunction with his client, a lead developer for the Irish Quarter within Digbeth, Birmingham, David played a major role in facilitating six phases of development over 4.5 acres of city centre land to deliver 585 residential apartments in partnership with a major housing association, together with local neighbourhood retail space, commercial units and a wine bar. this development acted as a catalyst for the overall £500M regeneration of Digbeth, and spearheaded 'affordable living' in the city centre.

He has acted for the above developer for over 10 years in relation to site acquisitions and disposals to housing associations.

David enjoys working with colleagues and other members of the client's team to cater for the needs of the client as seamlessly as possible and as a 'one stop shop', for example in relation to the efficient structuring of deals, tax planning, construction and planning advice.

David previously worked at Matthew Arnold and Baldwin (MAB) in Watford. He has written articles for publications including the Financial Times. He has also attended and spoken at the 'Five Counties Conference', an annual gathering of around 400 property professionals organised as part of the RICS training programme.

David enjoys playing golf and can often be seen at a top flight London football ground.