How Should Charity Property Be Registered at the Land Registry? 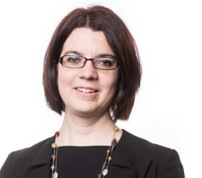 Where Land Registry titles for charities are incorrectly registered in the names of retired, or even deceased trustees, additional work is required to rectify the situation. How can you avoid the headache - and costs - of fixing them?

How To Register a Charity Property at the Land Registry

You should note that if you are a non-exempt charity, the Land Registry will enter a restriction on the title noting that the property is charity property and that it can only be disposed of in accordance with the requirements of the Charities Act 2011.

Some membership charities have constitutions which seek to give the holding trustees additional rights, such as the right to step in where disputes arise, or even to remove or replace the charity's trustees. Such provisions are particularly common in some faith charities. Unless carefully drafted they can cause uncertainty about the rights of holding trustees and exacerbate the problems they are intended to solve.

How to Keep Your Land Registry Title Up to Date

You should always ensure that your commercial property is registered in the correct names - it is also worth double-checking the situation every time a trustees joins or leaves, or there is some other major change within the charity, to satisfy yourself that it is up to date. Whether the property is held in the name of the charity trustees, the Official Custodian for Charities or some other entity, it must be registered at the Land Registry in the correct name(s). If the Land Registry title is outdated, there is a risk that any subsequent transaction will be delayed whilst this is rectified - you may even be in breach of your obligations to your lender.

A common example we see which can make matters much more tricky, is where we are dealing with an unincorporated charity and a property is held on trust by one or more former trustees. A trustee may have retired and moved abroad or may have died, but their name remains on the title - or they may have the benefit of a restriction which prevents the title from being updated without their consent. The current trustees often then face difficulties getting in touch or locating the former trustee or their personal representatives, or perhaps the former trustee left under a cloud and is unwilling to cooperate with the transaction. This then results in delays and increased costs, which has only been worsened by the impact of coronavirus (COVID-19) and the associated difficulties with obtaining signatures due to shielding and social distancing.

It's also important to recognise that some restrictions on the use of charitable land will not necessaily be reflectied in the land registry title and can be difficult to identify. This includes land held as permanent endowment, which was orgininaly meant to be held by a charity forever. A full consideration of the rules of permenant endowment are beyond the scope of this article.

If you're not sure in whose names your property is currently registered, we can quickly review the Land Registry title to let you know, and advise you on the next steps to take if it needs to be updated.

For specialised support with registering your charity's property, please contact Katie Hickman in our Charity Law team on 07557 528936, or complete the form below.