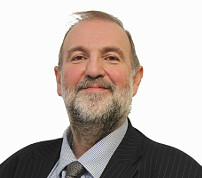 How Can Mark Help You?

Mark Heath is a Consultant and specialises in providing advice to clients in the Public sector.

Mark has over 30 years of service within the public sector. He was until December 2016 working at Southampton City Council where he was Solicitor to the Council (and Monitoring Officer) for 20 years. Subsequent to that he held the positions of Director of Place and subsequently Chief Operating Officer at Southampton. Mark however remains as the Returning Officer for elections at Southampton, a post he has held since 1994. [He was the South East Regional Returning Officer for the 2009 and 2014 European Parliamentary Elections, the Regional Counting Officer for the South East Region for the AV Referendum in 2011 and the European Referendum in 2016, and the Police Area Returning Officer for Hampshire for the Police and Crime Commissioner Elections in 2012 and 2016]. As one of the leading figures in the electoral field, he serves on several groups convened by the Government and the Electoral Commission on electoral law, policy and practice

Mark’s legal experience includes drafting and reviewing constitutions, advising on standards and all aspects of local authority governance and decision making including the formation and operation of combined authorities.

Mark understands the needs of local authorities, bringing his 30 years of experience to bear. He ensures that the work we undertake is focused on realistic solutions that help and support the local authority. He is committed to working in partnership with local authority colleagues and to minimising costs. He understands the pressures in local government and is there to help.

Mark has many interests, including steam railways. He also enjoys travelling with his family.