Assisted Dying and Relief from Forfeiture - How Should I Advise My Client? 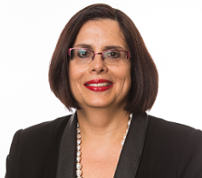 Assisted Dying and Relief from Forfeiture - How Should I Advise My Client?

Deathbed Gifts - A Way Without a Will?

Vulnerable Clients - How Can You Identify and Tackle Financial Abuse?

Wills, Wheels and Automobiles - The Perils of Badly-Drafted Legacies

It has been estimated that up to 6,500 terminally ill people try to take their own lives every year because it is an offence for another person to assist in their death, according to new research from the campaign group Dignity in Dying.

Sadly, many attempts are needlessly violent and traumatic because patients have no legal way of seeking help. The criminal offence of assisting or encouraging a suicide has recently attracted press coverage with many reports from grieving relatives highlighting the traumatic and difficult choices they have had to make. The press attention focusses on the risk of prosecution and imprisonment, but for many families the financial consequences will be of equal importance.

We examine the interplay between the criminal and civil law relating to this sensitive issue and propose some advice for clients faced with these difficult decisions.

Under the current law, any relative, friend or doctor advising or assisting a person on ending their life could be prosecuted under the Suicide Act 1961, and face a prison sentence of 14 years.

In February 2010, the DPP published their prosecuting policy for cases of encouraging or assisting suicide. Before a prosecution is made, a two-stage test must be met:

To satisfy this stage, it must be proven that the suspect did an act capable of encouraging or assisting the suicide or attempt, and that the act was intended to do so. Case law, and in particular in the case of Ninian v Findlay [2019], has established that the evidential test is made out if the suspect aids the victim in any way in a journey to Dignitas in Switzerland.

The DPP identified a non-exhaustive list of factors tending in favour of prosecution and those tending against, though made clear that each case must be considered on its own facts and merits.

For example, a prosecution is more likely if:

A prosecution is less likely if:

Forfeiture and Relief - The Financial Consequences of Assisting or Encouraging Suicide

The offence of assisting another to attempt suicide contrary to the 1961 Suicide Act engages the Forfeiture Rule. There are two common practical consequences of the rule:

The court has limited discretion under s2(1) of the Forfeiture Act 1982 to modify or exclude the effect of the forfeiture rule, having regard to conduct and other material circumstances. There is no alternative to this process. Crucially, the outcome of the criminal investigation is material to the judge's decision.

Chief Master Marsh in Ninian gave a detailed judgment which offers useful guidance as to the court's approach to applications for relief. There are two stages to the application:

In the Ninian case, Mrs Ninian had actively sought to discourage her husband from suicide, but she did provide reluctant practical assistance such as completing forms and accompanying him to Dignitas. The Chief Master found that, on the balance of probabilities, her conduct amounted to the offence and therefore the jurisdiction was engaged.

The Chief Master considered the DPP's policy and expressed the view that; "where the public interest requires no penal sanction, it seems to me that strong grounds are likely to exist for relieving the person who has committed the offence from all effects of the forfeiture rule".

This adds weight to the argument that the circumstances must be reported to the police. Mrs Ninian's starting point was stronger still, not only had there been no penal sanction, there had been a decision not to prosecute. After considering all the circumstances, the Chief Master concluded this was a compelling case for the court to exercise its power to grant full relief.

Mr Ninian made careful preparations to assist his widow in applying for relief from forfeiture, from which helpful guidance can be taken.

Practical/Legal Steps to Be Considered Prior to the Proposed Suicide

Those who have been involved in another's preparation for suicide should take specialist advice from a solicitor practising in criminal law who has experience in these delicate and sensitive cases and with their assistance, should report the circumstances to the police. There would be serious disadvantages for a client who did not report the matter (both in terms of criminal consequences and relief from forfeiture).

Is The Law Changing?

Baroness Meacher has tabled a Private Members' bill which was read in the House of Lords on 22 October 2021. The proposed law would enable assisted dying in England and Wales to be a choice for adults who are mentally competent and in the final six months of a terminal illness. Two doctors and a judge would assess each case. Baroness Meacher said "The current law has the most appalling cruel consequences. At the extreme end you've got people killing themselves in violent and dangerous ways but you've also got people starving themselves to death".

We will report further on any developments as the bill progresses.

For assistance advising clients on this complex and sensitive area, please contact Marianne Nankervis in our Private Client team on 01173145494. Please mention you are a VWV approach member. Alternatively, please complete the form below.

[1] The term 'victim' is used in the Policy to describe the person who ends their life or attempts to, and is therefore repeated here for consistency