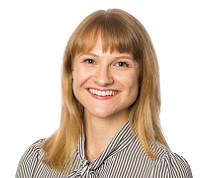 In a significant judgment handed down on 20 February 2019, the High Court held that the European Medicine Agency's lease of premises in Canary Wharf will not be frustrated by Brexit.

The European Medicines Agency ('EMA') occupies 10 floors at 25-30 Churchill Place, Canary Wharf under a 25 year lease. In August 2017, it advised its landlords, Canary Wharf BP4 T1 Ltd and Canary Wharf BP4 T2 Ltd '(Canary Wharf') that "if and when Brexit occurs, we will be treating that event as a frustration of the lease". Canary Wharf sought a declaration from the High Court that the lease would not be frustrated by the UK's departure from the EU.

The EMA argued that after Brexit, it would not have the capacity to occupy the premises at Canary Wharf and pay the rent due under the lease. Doing so would be ultra vires, ie not within its powers. The EMA, as an agency of the European Union, must be located in an EU member state and consequently EMA announced its relocation to Amsterdam after the UK triggered Article 50.

The High Court disagreed, and held that the EMA's capacity to pay rent and use or dispose of the Canary Wharf premises would not be affected by the UK's departure from the EU. The High Court went further and held that even if the EMA did lose this capacity as a result of Brexit, the lease would continue. This is because the law of frustration, an English Law doctrine, does not have regard to any supervening illegality under European Union Law.

Frustration of a Common Purpose

The EMA also argued that the parties had a common purpose beyond the wording of the lease, and that this had been rendered "radically different" by Brexit. This common purpose, according to the EMA, was that the premises would serve as the bespoke headquarters of the EMA until 2039. Clearly, this common purpose had failed.

Again, the High Court disagreed and held that there was no common purpose between the EMA and Canary Wharf. The lease was a commercial agreement, and whilst EMA's aim was to secure attractive premises at the lowest rent, Canary Wharf's aim was to achieve a long-term income. Moreover, the lease contains provisions for the EMA to vacate the premises, either by subletting or an assignment. The parties had therefore envisaged a situation where the premises might no longer function as the EMA's headquarters.

Whilst landlords around the country will be relieved by this decision, the EMA remains liable to pay rent (reportedly £13m per year) to Canary Wharf until it can sublet or assign its lease. Given the amount at stake, it is likely that the EMA will seek to appeal the decision. The EMA has until 29 March 2019 to seek permission to appeal, so watch this space for further updates…

If you have any questions about your leasehold obligations, please contact Ailish Foad in our Property Litigation team on 020 7665 0820, or complete the form below.