The Difference Between Implied Terms and Your Favourite Ice Cream 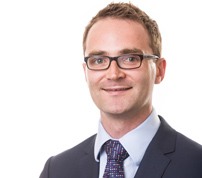 The Importance of Worked Examples in Contracts

How Can an Innocent Party Take Action to Enforce Their Contractual Rights?

Force Majeure During Coronavirus - Can You Get Pre-Payments Back?

If asked "what is the best ice-cream flavour?", I would probably answer mint choc chip, or possibly honeycomb. You may not agree with me. My preference of ice-cream flavour is entirely subjective and it should not cause a falling out.

Contract interpretation should not be as subjective as your favourite ice-cream flavour. They contain specific clauses that will clearly explain to everyone their rights and obligations. There should not be much room for opinion to differ if the terms are clear.

Disputes arise where parties have different interpretations of the terms. They are particularly common where parties:

Parties often try to imply terms into a contract or conduct themselves in a way that is contrary to the written contract, usually because it does not quite do what they intended it to. This can cause disputes as implied terms or variations are ambiguous and parties can easily have different expectations of what is expected.

The court will only interpret contracts, it will not re-write them. It is strict about when terms can be implied and this is usually only where the implied term is:

A Supreme Court case a couple of years ago demonstrates just how reluctant the court is to imply terms or amend contracts. In that case:

As this demonstrates, the court is reluctant to interfere with freely negotiated and agreed terms. Even in this situation, which concerned business to consumer contracts, the Court would not amend or imply terms to alter the calculation of what is clearly a totally unmanageable service charge.

What Does This Mean for Your Business?

Terms that are not clearly agreed and set out in writing are always more likely to be the subject of disputes. This case highlights the importance of making sure the written terms actually do and say what they are supposed to.

A well drafted contract will give you certainty and leave the terms in no doubt, with only limited scope for interpretations to differ. Differences in opinion are best left to ice-cream preferences. My colleague has just told me she "is not really a fan of mint choc chip", which she is entitled to think even if I think that is crazy.

Do you need advice regarding a contractual interpretation dispute? Please contact Nick Roberts, in our Commercial Litigation team, on 0117 314 5282 if you would like to discuss your dispute.