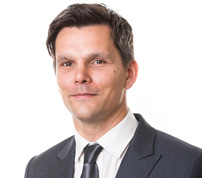 Will Employers Need to Report on Ethnicity Pay Gaps?

The Government has recently published two draft orders which will alter the Disclosure and Barring Service (DBS) 'filtering rules'.

The DBS filtering rules were introduced in May 2013. Their purpose was to exclude from DBS certificates certain information relating to minor criminal offences that met particular criteria. The information that is excluded is known as a 'protected caution' or a 'protected conviction'. The filtering rules currently state that a caution or conviction cannot be protected where an individual has committed more than one offence (the 'multiple conviction rule'). This is regardless of the age of those offences or whether they are relevant to the work for which the disclosure is being requested.

There are two draft orders:

The draft orders are a consequence of the previously reported Supreme Court decision in R (on the application of P) v Secretary of State for the Home Department and another [2019]. In that case, the Supreme Court held that the automatic disclosure of multiple offences and the disclosure of youth cautions, warnings and reprimands was incompatible with Article 8 of the European Convention on Human Rights. The draft orders will:

The orders extend the scope of criminal records information that will not automatically be included in a DBS certificate. They also extend the definition of 'protected caution' and 'protected conviction'. Cautions and convictions which are considered 'protected' do not have to be disclosed by individuals when asked about them by a prospective employer.

The draft orders reflect the importance of striking the right balance between rehabilitating offenders and protecting the public. The aim is to avoid individuals being continually penalised for minor offences that were committed a long time ago. However, more serious 'listed' offences, which include violent and sexual offences, and those which resulted in a custodial sentence will continue to be disclosed in DBS certificates. Therefore, employers who are entitled to carry out DBS checks will still be informed about more serious criminal offences.

The draft orders will be debated later this year and must be approved by Parliament before they come into effect. As they reflect the Supreme Court's decision in the 2019 case, they are unlikely to change significantly before being finalised.

For specialist legal advice regarding the updated DBS filtering rules, please contact Richard Hewitt in our Employment team on 07909 642 718, or complete the form below.