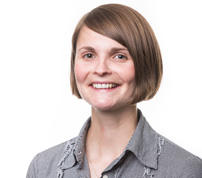 The Employment Appeal Tribunal has held that the Employment Tribunal was correct in finding thatplacing a limit on the length of a jilbab (garment worn by some Muslim women) so as not to cause a tripping hazard was not discriminatory.

In Begum v Pedagogy Auras UK Ltd (t/a Barley Lane Montessori Day Nursery), Ms Begum applied for a job as a nursery assistant (through an employment agency). Following a successful half-day trial, Ms Begum was invited to interview. She was offered the job during the interview and the dress code was discussed. During the half day trial it had been observed that the full-length jilbab she was wearing covered her shoes and could present a tipping hazard. Ms Begum was asked if she would consider wearing a slightly shorter jilbab so as not to cause a potential tripping hazard. During the interview there was no indication that this request had caused any offence to Ms Begum's religious belief and she was expected to start work at the nursery the following week.

In fact, Ms Begum did not start work and brought a claim to the ET for discrimination on the grounds of religious belief, claiming that she had been subject to a detriment for being asked about the length of her jilbab and that the dress code discriminated against her. She alleged that the requirement not to wear a jilbab covering her shoes constituted as a provision, criterion or practice (PCP) which put Muslim women at a disadvantage. The nursery denied Ms Begum's allegations asserting that Ms Begum's version of events was not true. The nursery maintained that it had only ever indicated that clothing could not present a tripping hazard.

The ET found in favour of the nursery, concluding that Ms Begum was never told she wasn't allowed to wear a jilbab. It was noted that the nursery allowed other members of staff to wear jilbabs and one other member of staff wore a full length jilbab. As such, it was deemed that the nursery was a workplace in which Muslim women were able to wear jilbabs, as long as they did not present a tripping hazard. The ET found that no PCP had been applied to Ms Begum that indirectly discriminated against Muslim women. It was also noted that even if a discriminatory PCP had been applied, it would have been justified on health and safety grounds. In addition, the ET noted that 'merely raising an enquiry cannot and did not put the Claimant under a detriment.'

This case is very specific to its facts and involved a clear conflict in evidence between the parties. The fact that the nursery in this case was a tolerant workplace where other Muslim women wore hijabs and jilbabs may have informed the ET's overall findings.

The case is also useful for employers faced with challenges to dress codes or uniform policies on the grounds of religious belief if there are clear grounds for justification, such as health and safety reasons.