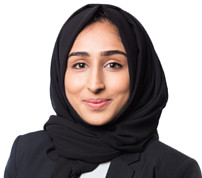 An ethical vegan who believed she was under an obligation to expose and reduce animal suffering by breaking the law, did not qualify for protection under the Equality Act.

In the case of Free Miles v The Royal Veterinary College (the RVC), Ms Free Miles was dismissed by the RVC following her arrest in connection with alleged burglaries by the Animal Liberation Front. Ms Free Miles argued her belief in ethical veganism included a moral obligation to take action to reduce animal suffering. She brought Tribunal claims including a claim for direct and indirect philosophical belief discrimination.

In order to succeed in her claims, the Tribunal would have had to accept that Ms Free Miles' beliefs amounted to a philosophical belief under section 10 of the Act.

What Is a 'Philosophical Belief' Under the Act?

The final Grainger criterion was significant to the Tribunal's decision in Ms Free Miles' case.

Does Ethical Veganism Count as a Philosophical Belief?

The Tribunal found ethical veganism can be a protected philosophical belief under the Act. However, Ms Free Miles' belief included a belief she was under an obligation to break the law. Her belief therefore did not satisfy the fifth element of the Graingertest.

What Can Employers Learn from This Decision?

This is a first instance decision, so it will not be binding on other Tribunals. Nevertheless, it is a logical decision that offers a useful demonstration of where the line is drawn between protecting philosophical beliefs, and maintaining a wider respect for the law.

For more information, please contact Zahra Gulamhusein in our Employment team on 07887 994 368, or complete the form below.