The Queen's Speech - what does it mean for employment law? 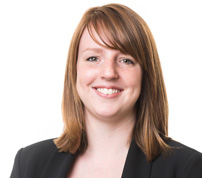 Following the general election result on 7 May 2015, we reported on the new Conservative government's key pledges on employment law.

As part of the formal start of the parliamentary year, the Queen's Speech has now officially set out the government’s agenda for the coming session, outlining the proposed policies and legislation.

The Queen's Speech 2015, delivered on 27 May 2015, contains a number of legislative measures relevant to employment law. The new Conservative government has set out a number of proposed changes in relation to:

Many of our employment laws are rooted in the UK's membership of the EU. If the country were to leave the union Parliament would, in theory, be able to repeal or adapt laws which it did not agree with and the courts would not be required to interpret UK laws in accordance with European case law.

The Queen's Speech refers to the Conservative's proposal to replace the Human Rights Act 1998 with the British Bill of Rights, removing the European Court of Human Rights power over UK human rights matters. This is a separate question to that of the UK's membership of the EU and no indication of a timeframe for this has been given.

The Queen outlined the Trade Union Bill which sets out a substantial reform to trade unions. The Bill introduces a requirement for more than 50% of a union’s members to vote in order for a strike ballot to be valid. In addition, the Bill will introduce time limits on a mandate following a ballot for industrial action and a requirement that 40% of those entitled to vote must vote in favour of industrial action in certain essential public services (including health, education, fire and transport).

An Immigration Bill will introduce an offence of illegal working and will allow wages paid to illegal migrants to be seized as the proceeds of crime. A new enforcement agency will be created with powers to take action against employers who exploit migrant workers.

The Immigration Bill will also make it illegal for employment agencies to recruit solely from abroad without first advertising those jobs in Britain.

The Full Employment and Welfare Benefits Bill will introduce statutory duties on ministers to report annually on progress towards achieving full employment and meeting the government's target of three million new apprenticeships.

An Extremism Bill will introduce a number of measures to tackle extremism, including the ability for employers to check whether an individual is an extremist and bar them from working with children.

For more information, please contact Jessica Scott-Dye in our Employment Law team on 0117 314 5662.