Failure to Make Reasonable Adjustments Does Not Make a Dismissal 'Unfair' 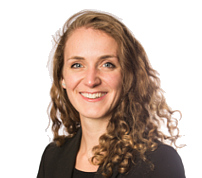 The Employment Appeal Tribunal (EAT) has confirmed that failing to make reasonable adjustments did not automatically render a dismissal unfair.

In the case of Knightly v Chelsea & Westminster Hospital Trust, Ms Knightley was disabled for equality law purposes. She was dismissed from her position as a Lead Midwife for capability reasons. This followed two long periods of sickness absence, including one period of over a year.

Ms Knightley requested an extension to the deadline for lodging an appeal against her dismissal. Her request was denied, apparently because it was seen as part of a pattern of behaviour by Ms Knightley. She then submitted an appeal, which was not considered as it was submitted after the deadline had passed. Ms Knightley brought claims for the failure to make reasonable adjustments, unfair dismissal and discrimination arising out of disability.

Why Was the Dismissal Deemed Fair?

The Employment Tribunal found that the Trust had failed in its duty to make reasonable adjustments when it refused to agree to Ms Knightley's request to extend the deadline for submitting an appeal. However, it found her dismissal to be fair and therefore dismissed her claims of unfair dismissal and discrimination arising out of disability.

Ms Knightly appealed to the EAT on several grounds. One of her grounds of appeal was that the Tribunal should have found the dismissal to be automatically unfair given her employer's failure to make a reasonable adjustment and her lack of opportunity to appeal.

What Did the Employment Tribunal Decide?

However, Ms Knightley's other two claims needed to be considered separately. The fact the employer should have extended the appeal deadline could be relevant to the other two claims, but would not automatically lead to those two claims being upheld. The EAT noted that even if the appeal deadline had been extended, the outcome would have been the same given the Claimant's attendance record, the importance of her role and her fitness to return to work. The EAT found her dismissal to be fair.

What Can Employers Learn from this Decision?

This decision highlights the importance of analysing claims separately and with reference to individual legal tests. It demonstrates that a failure in one area will not necessarily lead to a failure across the board, and that the wider factual circumstances will be taken into account by the Tribunal when determining the outcome.

The decision also emphasises the importance of giving proper consideration to the duty to make reasonable adjustments. Applying policies inflexibly and without consideration for the employee's personal circumstances could very well lead to an adverse finding against an employer in the event of a claim.

For more information on dismissal in relation to your employment, please contact Madeleine Shields in our Employment team on 0117 314 5226, or complete the form below.