Ordering Re-Engagement - When Can Employment Tribunals Get It Wrong? 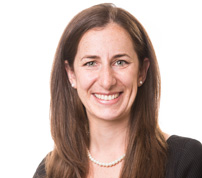 In Kelly v PGA European Tour, the Employment Appeal Tribunal (EAT) found that a tribunal did not properly consider the employer's loss of trust and confidence in an employee, and erred by ordering re-engagement to an unsuitable position.

Mr Kelly was employed by PGA as a Marketing Director from 1989 until he was dismissed in October 2015 on the basis that he was not capable of fulfilling the role PGA wished him to perform going forwards. Mr Kelly claimed unfair dismissal and direct age discrimination, as well as claiming wrongful dismissal. The tribunal ruled that Mr Kelly was not dismissed for reasons relating to his age. However, PGA admitted that the dismissal was unfair because fair procedure was not followed.

The tribunal did not order re-instatement of Mr Kelly to his previous role but instead ordered that Mr Kelly be re-engaged in an alternative role of Commercial Director in China. The ability to speak Mandarin was an essential requirement for this role. The tribunal concluded that neither the language requirement nor any trust and confidence issues arising from PGA's doubts about Mr Kelly's capability were significant enough to make such re-engagement impracticable.

The tribunal accepted that being bilingual was an essential part of the role in China, however, it did not take proper account of whether PGA could comply with the order for re-engagement. Whilst Mr Kelly indicated that he expected to make good progress in acquiring Mandarin within one year, the EAT found that Mr Kelly did not meet the genuine requirement of the role and that PGA had to create a role for a non-Mandarin speaker. The EAT considered the decision to impose re-engagement had fallen on the wrong side of the line between what is practicable and possible.

This case acts as a reminder of the importance of following proper employment procedures, particularly in relation to any issue that may result in a dismissal.

This case also confirms that a tribunal should take an employer's commercial judgement into account when considering the practicality of an alternative role and that it is the employer's rational view of trust and confidence that matters when a tribunal is testing the foundation of re-engagement as a remedy for unfair dismissal.

For specialist legal advice on employee re-engagements and unfair dismissals, please contact Amaya Hobby in our Employment Law team on 07770 669 813, or complete the form below.