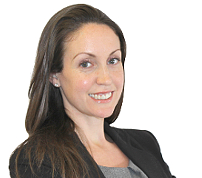 The question of whether transcripts of hearings should be provided to parties has been a topic of some debate in recent years.

Campaigners say providing hearing transcripts is important in the interests of fairness and to improve access to justice.

In the recent decision of Kumar v MES Environmental Limited, the Employment Appeal Tribunal (EAT) confirmed parties may apply for hearing transcripts as long as they pay the applicable fee and comply with the necessary protocols. The fact the Employment Tribunal Rules of Procedure 2013 (2013 Rules) contain no express right to apply for a transcript does not indicate that Parliament decided a party cannot request a transcript where a recording has been made.

What Happened in This Case?

Mr Kumar brought claims of direct race discrimination and victimisation against MES Environmental Ltd. His claims were dismissed, with the Tribunal providing oral reasons on the final day of the hearing. Written reasons were subsequently provided.

Tribunal hearings are not routinely recorded because the facility to do so is generally not available in the majority of Tribunals,  However in Mr Kumar's case, his hearing was recorded and he applied to the Tribunal for a transcript. The Tribunal rejected application on the basis the 2013 Rules make no allowance for this kind of application. Mr Kumar appealed to the EAT.

What Did the EAT Say?

The EAT allowed the appeal, noting that a record of what happened at the hearing might be relevant if there is to be an appeal focused on procedural irregularity or perversity. The fact the 2013 Rules are silent on applying for a transcript does not mean it is not possible to do so. Where proceedings have been recorded, a party that pays the appropriate fee and complies with the necessary protocols should be able to apply for a transcript of the recording. There is no right of access to the recording itself. There is also no right to a transcript of the judge's oral reasons for a decision. This is because the written reasons will record the Tribunal's definitive position.

A party might want to access a hearing transcript if they are considering whether to pursue an appeal. Campaigners believe access to the full record of a hearing is the only way to assess whether the Tribunal's decision was fair. If parties cannot access hearing transcripts (where they exist) there is a potential imbalance between employers and employees which impacts on access to justice. Employers can often be well-resourced and might arrange for their own note-taker to attend the hearing. Claimants on the other hand might need to rely on brief notes and memory in order to digest the Tribunal's decision.

What Is the Practical Impact of This Decision?

This decision clarifies the extent to which parties to litigation might apply to the Tribunal for transcripts of hearings that have been recorded. The decision effectively plugs the gap in the 2013 Rules, which were written at a time when the audio recording of Tribunal hearings was not an issue.

However, the decision also raises questions around how the production of hearing transcripts will be resourced. In Mr Kumar's case, the hearing was four days long. The transcript would have been extensive and would have taken a significant amount of time (and expense) to produce. In circumstances where the Tribunal service continues to face a significant backlog in the processing of claims, the practical impact of the decision remains to be seen.

For more information, please contact Gemma Cawthray in our Employment Law team on 0117 314 5266, or complete the form below.