'Golden Hello' Scheme - Applicable for Those Who Became Partners Before 1 April 2020? 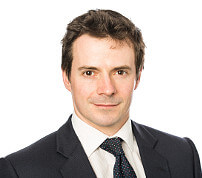 'Golden Hello' Scheme - Applicable for Those Who Became Partners Before 1 April 2020?

New 'Health and Care Visa' to Launch on 4 August

Can GPs Pursue Payment for Their Safeguarding Input?

4 Steps to Consider When Setting Up a PCN Company

Why Is the GPhC Receiving More Fitness to Practise Concerns?

The 'golden hello' scheme (officially known as the 'New to Partnership Payment Scheme') seeks to encourage GPs to become partners by offering a payment of up to £20,000 to those who do so on or after 1 April 2020.

Although the scheme was originally announced earlier in the year, details were not forthcoming until fairly recently due to coronavirus (COVID-19).

The way it has been announced has given rise to some uncertainty, particularly among those who became partners before 1 April 2020 on a probation, or without signing a partnership deed until later. If you only became a 'full' partner after 1 April, can you still get the payment? If you became a partner before but didn't sign a partnership deed until after 1 April, can you still get the payment? Regrettably different bodies offered different answers to these questions. But unfortunately the answer to both of those questions is 'no'.

To be eligible, the following criteria (among others) must be fulfilled - and we quote here from NHSE's own documents:

What Do Partners Need to Consider?

We have seen emails from NHS England's 'New To Partnership Team' telling partners who were on a probationary period before 1 April 2020 that in fact they were eligible for the scheme. As regular readers will  know, probationary partners are nonetheless partners (the clue is in the title!) and so would not fulfil the criteria in the first or second bullet points. Although that is hard on those who became partners before 1 April, this conclusion does stand to reason - after all, the scheme is there to make payments to encourage new partners, not to pay those who had already decided to do so without needing the incentive.

Nonetheless, the confusion has led some new partners to suggest putting in an application 'on the off chance' in which they make the facts of their own position clear, and leave it up to NHSE to make the decision, in the hope that NHSE will decide in their favour. Although being open (whilst hoping for the best) may not seem in any way dishonest, we would caution against it. First, if NHSE get the decision wrong at this point, that will not mean that the money cannot be clawed back later. Secondly and more importantly, to apply for the payment, the new partner has to sign a statement declaring his or her eligibility, and this has to be countersigned by someone on behalf of the practice - ie you have to tell NHSE that you think you are eligible. To make such a statement brings into play a doctor's professional duties about financial probity, so should not be made lightly.

Of course those who are applying for the payment will need to be able to show that a binding partnership deed is in place. We deal with that frequently and would be delighted to help.

If you require legal advice around the 'golden hello' scheme and whether you are eligible, please contact Oliver Pool in our Healthcare team on 07976 621438, or complete the form below.