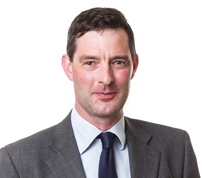 There is increasing public awareness of the challenges facing universities as a consequence of coronavirus (COVID-19), not least the adverse financial implications for many within the UK's diverse higher education sector.

Manchester University recently published a worst case scenario, which assumed a deferral or drop-out rate of 20% of UK and EU students and 80% of non-EU students and suggested a reduction in the University's tuition fee income of £270 million for 2020/21. While this relates only to a single institution and is a worst case scenario, the wider implications of the application of this kind of scenario across the HE sector are likely to be significant.

Looking at tuition fees alone does not, of course, tell the whole story. COVID-19 has already also had a significant impact on universities' ability to generate revenue from housing, catering and conferences and that seems likely to continue, at least in part, for some time.

The position on deferral and drop out, and universities' ability to start receiving other income again will not be clear until later in the summer; but this seems likely to have significant implications for many universities, many of which were already operating on narrow margins and which have in past years taken on significant amounts of debt in order to develop their facilities and enhance their offering in terms of teaching and research.

For some universities, the prospect of deficits in their revenue seems very real, with the potential to impact both research-intensive institutions and those more dependent on teaching income and, for some universities, creating risks around their solvency. There are obvious challenges for university governors as a consequence.

It became clear at the end of April that universities were not going to receive the £2 billion research funding bail out sought by Universities UK (UUK) in response to a pandemic driven shortfall in revenue. Emphasising the economic contribution the HE sector makes to the economy, alongside a promise to reduce costs and embrace restructuring, was not enough to persuade HM Treasury to treat universities as a special case.

However, on 4 May, it was confirmed that £2.6 billion in tuition fee payments would be advanced in order to protect short term cash flow, together with £100 million in funding for vital research as an initial step. Additionally, providers have been encouraged to make use of rescue loans and the job retention scheme. UUK welcomed these measures, but expressed continued concern for the "strength, capacity and quality of the research base" required to rebuild the economy once the crisis is over.

On 13 May, the Office for Students (OfS) announced recurrent funding for the 2020/21 academic year, confirming that £1.192 million was allocated that day to approved (fee cap) providers. The bulk of the money is directed at high cost subjects such as medicine and engineering, with smaller tranches being apportioned to student access and outreach.

Other key measures announced by the Government were:

In addition to this, the OfS launched a consultation on a new time limited condition of registration (E6) designed to prevent certain conduct specific to the circumstances of the pandemic. The consultation closed on 26 May and it is envisaged that the new condition will come into effect in June for a period of one year.

The proposed condition would allow the OfS to take action against registered providers for conduct that took place from 11 March 2020, being the date on which the WHO declared a global pandemic, where that conduct forms part of a series of events continuing beyond the June implementation date.

The OfS's objective appears to be to reinforce the need for universities to act in the best interests of their students during these unprecedented times. The proposal is that any form of conduct which, in the view of the OfS, could reasonably have a material negative effect on students and the stability and/or integrity of all or part of the English HE sector, may be subject to regulatory action, including fines. The proposed condition is widely drafted, with the definition of 'stability and/or integrity' including both 'financial and economic matters' and 'matters related to good governance'.

The range of challenges raised by COVID-19 for universities is wide and the range and difficulty of decisions their governors and senior management teams are being asked to make (and will continue to have to make) on a day to day basis reflect this.

Many such decisions will relate to the practical reality of issues, such as moving students to virtual tuition, furloughing staff and supporting the health and welfare of students and staff alike. They will also be multi-faceted, engaging with a range of issues (such as student welfare, reputational implications etc.) alongside the financial implications. However, the financial stability of the university will underpin all of these kinds of decisions, because its ability to continue as an institution will ultimately determine its ability to continue to provide education and research.

The overwhelming majority of universities are constituted as charities (primarily exempt in England and subject to regulation by the OfS, but in Wales registered as charities with the Charity Commission). Their governors are charity trustees and must make their decisions within the framework of charity law and regulation.

The general duty owed by governors as charity trustees is to make their decisions in the best interests of their university and its current and future beneficiaries (ie. its current and future students). However, the financial position of many universities in the short to medium term means that decisions with material financial implications will also engage the specific and immediate duty owed by governors to seek to safeguard their university's assets and financial position.

Where a decision by governors is not affordable and materially increases the risk of (or causes) insolvency, there is an increased risk that such a decision will not be in the best interests of their university, again on the basis that their university's financial stability underpins its ability to advance its charitable objects in both the short and longer term.

The decision-making processes itself is likely to have been affected by the lockdown, with many universities having taken early measures to ensure rigorous decision-making is possible in the absence of physical meetings. However, there is likely to be an ongoing need to assess the impact of COVID-19 on decision-making, specifically in terms of how decisions are taken, who is involved, how this sits within prescribed delegation frameworks and whether advice from all relevant professionals within the university has been obtained.

This approach will be in line with the expectations of the OfS as the university's principal regulator for the purposes of charity law  and is also likely to be important in relation to the new OfS condition of registration referred to above. From the perspective of a university's governors, ensuring that they can comply with their duties as charity trustees will be essential, not least in avoiding the implications of any breach of those duties.

The announcement by the Government on 4 May also stated that:

"The Government’s key focus will be on ensuring the country’s world-class higher education system delivers for all students and the wider economy. As part of this, it expects all providers and their creditors to behave responsibly.

The Government expects access to the business support schemes, reprofiling of public funding and student number controls should be sufficient to help stabilise most providers’ finances, and that should certainly be the first port of calls for providers. Should that not be sufficient, such that a higher education provider finds themselves at risk of closure, the Government will only intervene further where we find there is a case to do so, and only where it believes intervention is possible and appropriate, and as a last resort. In such instances, the DfE will be working with HMT and other Government departments to develop a restructuring regime, through which we will review providers’ circumstances and assess the need for restructuring. Where action is required, this will come with attached conditions.

This is a significant statement, in that it recognises the possibility that some universities' financial position may pose a "risk of closure", albeit that it does not recognise the very many factors that may impact on a particular university's financial position and its ability to "stabilise" its finances.

This statement is also significant in another way, in the sense that there is no common statutory regime for universities which face the risk of closure, because of their financial position to fall back on.

There is a model of a kind in the further education sector; the Technical and Further Education Act 2017 introduced the concept of an 'education administration', much like the kind of administration in insolvency available to commercial companies, but with a 'special objective' to avoid or minimise disruption to the studies of the existing students of the FE college, including provisions enabling an education administrator to rescue the FE institution as a going concern, transfer some or all of its undertakings to another institution, maintain it until existing students have completed their studies or make arrangements for existing students to complete their studies at another institution.

The 2017 Act gives the Secretary of State (or for Wales the Welsh Ministers), the power to make grants or loans to the FE institution for the purposes of achieving the 'special objective', and that grants or loan can be made on any terms that are considered appropriate.

The 2017 Act does not, however apply to universities; and their position as regards to insolvency and the options open to those facing solvency issues will depend upon the way in which they are constituted, whether as HE corporations, Royal Charter bodies or charitable companies.

Governors of universities in this position should, however have regard to the key insolvency principles which apply to companies when making decisions in relation to their university's financial position.

While not a statutory requirement, these principles are likely to be the yardstick by which the discharge of the governors' duty under charity law to the beneficiaries of those universities, which are charities and (if relevant) under insolvency law to its creditors will be assessed, particularly as regards to any liability for breach of that duty.

This will include assessing the university's solvency against two criteria;

It is possible that in some cases the application of the cash-flow test may be of greatest concern to governors, given the potentially adverse impact of the pandemic on Universities' revenue.

As part of their wider charity law duties to protect the assets and financial position of their university, governors will obviously need to ensure that its solvency is monitored regularly and very carefully by reference to the cash flow and balance sheet tests referred to above. Full and up to date information (including cash flow forecasts) will be required.

But governors should also be looking hard at all aspects of their university's financial position in 2020/21 and beyond, and many will be looking in particular at:

Strong governance focused on clear decision-making which is based on full information, an understanding of all relevant factors and, in many cases, financial or other relevant advice will be essential in ensuring that governors can both meet the expectations of the OfS as regulator and the requirements of its regulatory framework, and make the best possible decisions for their university.

We provide specialist advice for universities on all of the issues outlined above, including decision-making by trustees and wider governance issues in response to the coronavirus pandemic.