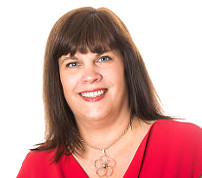 Students Fees – Where Are We Now?

The Future of Subsidy Control - Consultation Now Out

These FAQs look at the requirements of the Equality Act 2010 (Specific Duties and Public Authorities) Regulations 2017 and some of the common queries associated with the gender pay gap reporting obligations under the Regulations.

The first, and what is considered to be the final, version of the draft Regulations was published on 23 January 2017 and they are due to come into force on 31 March 2017 and aim to facilitate increased performance of the Public Sector Equality Duty (PSED).

1. Which organisations do the Regulations apply to?

The Regulations apply to all public sector employers listed in Schedule 2 of the Regulations that have 250 or more employees. This includes English HE institutions.

2. How do the Regulations differ from the regulations relating to private employers?

There are two key differences:

3. What is the Public Sector Equality Duty?

Under the Regulations every HEI must demonstrate that it has complied with section 149(1) of the Equality Act 2010 which states that:

A public authority must, in the exercise of its functions, have due regard to the need to:

In order to demonstrate compliance HEIs must:

The requirement to report information about employees sharing a relevant protected characteristic only applies to HEIs with over 150 employees. In addition, where an HEI has already complied with the PSED set out in the 2011 regulations within the four year period ending on 30 March 2018, it will only be required to publish its objectives within four years from the last publication.

4. What pay gap information needs to be reported on?

We would recommend that HE institutions accompany the key reports with a narrative and also consider publishing further information if it would add helpful context.

Higher education institutions will be required to rank employees in order of pay from lowest to highest, then divide the workforce into four equal groups based on hourly pay rate and show the proportion by gender in each group. This will show the gender profile across an institution, and critically will not be affected by a few high earners.

There is no requirement to publish to pay rates within each quartile, so this report will not disclose the pay of senior employees.

6. When is it necessary to produce the first report?

7. Do casual members of staff count as 'employees'?

The definition of employees is broad, so will include casual staff who undertake work on 31 March in each year, even if there is no ongoing contractual arrangement.

It will also include those who have umbrella agreements to undertake work as and when required, regardless of whether any work is undertaken on 31 March.

Contracted out staff who are provided through cleaning, catering or IT companies (or similar) should be excluded. They will be counted as employees of the organisation that is contracted with.

9. How do we undertake the calculations which underpin the reports?

The hourly rate of pay is determined by following a six step process which is set out in the Regulations. In summary, it requires identifying the relevant pay (ordinary and bonus pay) paid during the pay period including 31 March. The Regulations specify which elements of an individual's pay should be taken into account and which should be excluded.

11. What happens if we operate a salary sacrifice arrangement?

This may create an artificially low hourly rate for HEIs that operate salary sacrifice schemes and you may wish to explain this in the narrative and/or calculate the figures both pre and post salary sacrifice.

12. How do we calculate working hours?

There will be specific considerations for different types of HEIs that are caught be the Regulations. For example, the Regulations do not specifically deal with term-time only working arrangements.

13. What information needs to be published?

The regulations applicable to private sector organisations require the pay gap information to be accompanied by a written statement by a director or equivalent. However, there is no equivalent requirement in the Regulations, presumably because it falls within part of the PSED. However, the gender pay information must be published on the HEI's website, in an accessible manner for at least three years. It must also be published on a government specific website.

14. What should we be doing to prepare for the Regulations?

The higher education sector has a strong track record when it comes to equal pay auditing and reporting and HEIs are used to providing regular staff employment data to organisations such as HESA.

The six reports that need to be produced under the Regulations are fairly blunt tools, focussing on the gender pay gap in the workforce as a whole, rather than between staff on the same grade of the pay framework or by category of staff.

It will be necessary to understand the information you need to produce the reports and consider the most effective way of capturing this. It is worthwhile doing a trial run to ascertain the gender pay gap, so you have advance warning of what the gap will be and what the reports will look like.

Due to the gender imbalance in the typical workforce of an HEI at more senior levels, it is likely that the reports will show a significantly higher gender pay gap than would be the case using a grade by grade approach. This is not necessarily an indication of any failure to pay equal pay for work of equal value, but is more likely to highlight issues you are already aware of around the recruitment, retention and promotion of women to senior roles.

You should carry out an analysis of whether the reports create any legal, organisational or reputational risks, and consider a strategy to address these. In particular, you may want to provide a narrative to explain the cause of any pay gap and what steps you are takings to close the gap, if appropriate to do so.