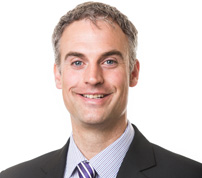 Prevention of allergic reactions in food preparation and distribution is an important part of the law.

In 2016, Natasha Ednan-Laperouse tragically died from cardiac arrest after purchasing a sandwich from Pret a Manger at Heathrow Airport. Natasha was severely allergic to sesame, which the baguette contained. However, the ingredient was not listed on the packaging.

At the time of the incident, the law stated that foods packaged on-site before sale did not require a specific allergen label attached and establishments only had to let customers know if any of the 14 most common dangerous allergens were in their food. Therefore, Pret did not list all of the ingredients of their food. At the inquest of Natasha's death the coroner found that Natasha was "reassured" that the baguette was safe for her to eat, as there was no specific allergen information on the packaging.

This is not the only time Pret has come under fire for not displaying it's ingredients clearly. A student, Isobel Colnaghi, who was also allergic to sesame, suffered an allergic reaction after eating a sandwich from Pret, but thankfully survived. Kate Brunner QC, prosecuting, said: "The customer bought a sandwich under the impression that it did not contain sesame, to which she was extremely allergic. She checked the shelf ingredients and asked a member of staff. She subsequently ate that sandwich and suffered a severe reaction." Ms Brunner alleged the presence of sesame in the sandwich was not properly identified by the food chain.

Pret have made changes as a result of these cases. Their website now says, "all of Pret’s freshly made sandwiches, salads, baguettes and soups are now labelled on pack each day with a full list of ingredients, with the presence of any of the 14 EU declarable allergens highlighted in bold."

The new legislation, 'Natasha's law', which necessitates food businesses to provide allergen and full ingredient lists labelling on foods pre-packaged for direct sale on the premises, came into force on 1st October 2021.

This is a really positive move and will hopefully prevent further tragedies from happening in the future.

Dan Thompson, Solicitor in our Augustines Injury Law team, recently settled a case involving a client who suffered a severe allergic reaction as a result of eating some food at a hotel.

If you've suffered an injury that wasn't your fault please contact Dan Thompson on 0117 314 5275, fill out our free online claims assessment, or alternatively complete the form below.