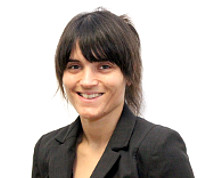 The Court of Protection (COP) has warned deputies against applying for retrospective authorisation to enter into litigation on behalf of a protected party, and set out useful guidance for practitioners to consider.

This warning came from the leading test case of Re ACC and Others [2020] EWCOP 9.

In the three cases before her, HHJ Hilder, Senior Court of Protection Judge, held that the deputies' decisions to litigate were justified, and so granted retrospective authority to recover the associated costs from the protected parties' funds. However, the judgment comes with a stark warning for property and affairs deputies:

"Nothing in this decision should encourage property and affairs deputies to consider that there will on other occasions be a similarly positive determination of applications effectively to authorise litigation after the event".

In these cases, all concerning the same firm of solicitors, each deputy had instructed their own firm to conduct litigation on their behalf. In one application, the parties sought authority to recover costs from the protected party (P) incurred in connection with the deputy's role as P's litigation friend in relation to civil proceedings. Critically, none of the relevant deputyship orders contained any express provision either granting or excluding authority for the deputy to instruct solicitors or to conduct any kind of proceedings on behalf of P.

The judgment considers in detail the scope of a property and affairs deputy's general authority and the circumstances in which a deputy is expected to secure advance authorisation before taking action. Wider issues were also considered concerning costs and conflicts of interest in situations where a solicitor deputy instructs their own law firm and/or a litigation friend with whom they are associated.

A series of key questions [51-59] were identified by HHJ Hilder as arising from the applications before her. A summary of her conclusions is set out in the appendix to the judgment and contains useful guidance for practitioners, including:

It was held that the 'general authority' does not include authority to conduct litigation on behalf of P. Ordinary legal tasks which are required to administer P's estate efficiently are included, such as obtaining the necessary legal advice for the preparation of P's tax return, or taking steps and applying funds to ensure P's care fees are met.

A deputy's 'general authority' includes authority to take some legal advice (including Counsel's opinion) and preliminary steps (limited to a Letter of Claim and reviewing a Letter of Response) in respect of a contentious matter, but only if the litigation contemplated relates to a property and affairs issue. For example, taking advice in relation to the eviction of a tenant from P's property. Seeking advice in contemplation of other litigation requires specific authorisation from the Court at the outset.

An application for retrospective approval and authority to recover costs from P may be made where an urgent application is required and authority to litigate cannot reasonably be obtained before taking action. Practitioners should not presume that retrospective approval will be granted and HHJ Hilder makes clear that the deputy proceeds initially at his/her own risk as to costs.

HHJ Hilder provides important guidance on the 'required approach' where a proposed deputy anticipates instructing their own law firm and sets out the special measures a deputy must follow upon appointment:

What Are the Practical Implications for Deputies?

The case draws a distinction between taking advice and conducting litigation and makes clear the strict requirement on the deputy to seek authority before embarking on litigation on behalf of P. There are exceptions, as outlined above, but in practice it is not always clear cut.

Therefore, deputies should proceed with caution and where there is any doubt as to the scope of their authority involving an action, deputies should make an application for specific authority. In HHJ Hilder's words, "The Court will expect that, as part of its supervisory function, the Public Guardian will refer to it any failure to make the application in (iii) [above] as a potential breach of fiduciary duty".

Ultimately, HHJ Hilder's 'required approach', to be adopted in the common scenario where a deputy anticipates instructing their own firm, places the deputy under even greater scrutiny when making best interests decisions to incur litigation costs on behalf of P. The case highlights the deputy's ongoing duty to evaluate the scope of their own specific authority and to consider, with each step that they take, any potential conflicts of interest which may arise.

For specialist legal advice, please contact Vicky Ward in our Private Client team on 07468 698925, or complete the form below.