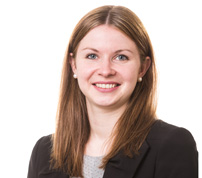 A round up of recent news relevant to your school, including serious incident reporting, small charitable donations, the Autumn Statement and SORP.

In October the Charity Commission began a consultation exercise in relation to its updated guidance on serious incident reporting, which is designed to clarify what is expected of all trustees, including school governors, when something goes wrong.

Governors will be aware of the obligation to report all serious incidents, which the Commission defines as "an adverse event, whether actual or alleged, which results in or risks significant loss of your charity's money or assets, damage to your charity's property or harm to your charity's work, beneficiaries or reputation".

The consultation on the new guidance closed on 12 January 2017. Following the analysis of the responses to the consultation the Charity Commission may make further changes to the guidance.

Proposals to Change the Charities Accounting Statement of Recommended Practice

The Charities SORP Committee is considering the responses from a consultation on the next version of the Charities SORP (FRS 102), which is expected to apply to the accounts of charities (including charitable independent schools) from 2019.

Some sector bodies are concerned by the proposed disclosure of sensitive financial details without sufficient context, and there are also worries that the SORP is becoming too complex.

The consultation closed on 11 December 2016. A summary of responses is expected to be published in the second quarter of 2017.

The Fundraising Regulator (FR) plans to launch its self-regulatory Fundraising Preference Service (FPS) in 2017. Following a final consultation which closed on 30 September 2016, the FR has now issued details on how the FPS will operate.

It has confirmed that the FPS will apply to all charities, which will include charitable independent schools, regardless of expenditure on fundraising. The aim of the FPS is to enable individuals to receive only the fundraising communications that they want from charities.

Originally the proposed FPS would allow people to "hit a reset button" on their fundraising communications from charities. There were concerns that schools and universities would suffer from this approach, as the public are not always aware that they are charities. However, the FR has now retreated from that position, and instead people will have to select specific charities from which they no longer want any fundraising communication.

The FR will notify charities that are "blocked" by people through an automated system, which will also monitor charities' compliance with the system. The 'opt-out' will apply to all forms of communication, including email, text, telephone and addressed mail.

The FPS is due to be launched in the spring or early summer of 2017.

The Fundraising Regulator (FR) formally took over the previous Fundraising Standards Board's role on 7 July 2016, with the aim of ensuring that charitable fundraising is open and accountable to the public.

The FR introduced the arrangements for its funding through a registration and levy system, on 1 September 2016. The levy applies in banded rates, increasing in proportion to the charity's fundraising expenditure. It includes charitable independent schools. For schools whose expenditure meets or exceeds the threshold of £100,000, the annual levy starts at £150. The maximum levy is £15,000, but this would only apply if a school were to spend over £50 million in fundraising.

In addition to the levy, there is a registration scheme for schools whose fundraising expenditure falls below the £100,000 threshold, with a flat registration fee of £50. Schools that are paying the levy will be registered without any additional cost.

The Charity Commission is likely to expect charitable independent schools to register or pay the annual levy, and had started rolling out invoices. For those that have not yet been contacted, a timetable is available on the FR's website.

The FR will publish a list of the charities that comply, including schools, on its website in due course. However, it has clarified that it will not immediately 'name and shame' those who fail to register or pay the levy, instead seeking to initially engage with charities and address their concerns. The FR is due to review the current arrangements after three years.

Regulators have been focusing on the issue of fundraising in the past few months, a trend which we expect to continue. Governors of any schools that are required to have their accounts audited should be aware that certain sections of the Charities (Protection and Social Investment) Act 2016 came into force on 1 November 2016.

This requires extra information to be set out in the trustees' annual report, including the school's approach to fundraising, the number of fundraising complaints, and details of any fundraising standards and how these are monitored.

For more information, please contact Laura Chesham in our Independent Schools team on 0117 314 5314.