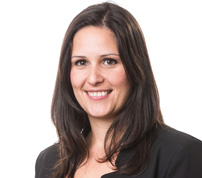 Most Governors of charitable independent schools will now be aware of their duty to report any new serious incidents to the Charity Commission.

Many Governors will not be as confident about their positon in relation to historic incidents, where it appears the incident should have been reported, but for whatever reason this was not done.

In summary, we recommend that Governors should consider carefully whether a report should now be made.

Most schools will be familiar with the Charity Commission's guidance on the reporting of serious incidents, but for those in need of a reminder the guidance can be found on the government's website.

Although the Commission's guidance is not strictly binding, the annual return, which all independent schools will be required to submit, requires Governors to make a declaration confirming that there are no serious incidents which should have been brought to the attention of the Commission and have not done so already. This is important because Governors risk committing a criminal offence if they knowingly or recklessly make a false or misleading declaration in the annual return.

As a result, it is serious incidents occurring from 2006 onwards that are likely to need to be considered by Governors. However, it is important to note that to 'consider' reporting such incidents does not mean a 'blanket' policy of reporting all incidents that occurred since 2006. Nor does it mean that all incidents occurring before 2006 should be ignored as they may have an ongoing relevance to the operation of the school.

Historic Incidents - a Risk Based Approach

Where there is an incident that should have been previously reported to the Charity Commission, careful consideration should be given as to whether the incident should now be reported so that the school is fully up to date with its duty to report.

Depending on the nature of the incident, there may be an increased risk of the Charity Commission taking an interest in the circumstances and querying why it was not reported before. The Commission may see the failure to report as an indicator of poor governance that warrants their investigation, particularly if the school has otherwise been brought to the attention of the Commission.

In our experience however, and provided schools make a proactive approach to the Commission and ensure it clear that they now understand the Commission's guidance on serious incident reporting, the Commission has taken a proportionate approach to schools that report historic incidents. Governors can then feel confident about their ongoing position.

In deciding whether to report an incident, Governors should take a risk based approach. They should consider the Commission's guidance but also the nature of the specific incident, including factors such as:

Even if an incident pre-dates 2006, we would not recommend a 'do not report anything' approach without careful consideration of the particular incident.

How we can Help

We recommend seeking legal advice before reaching a decision as to whether to report any historic incident.

We are very familiar with the Charity Commission's approach to serious incidents and we have significant experience of carrying out risk based assessments of incidents occurring in schools. We can assist governors in considering whether a report is necessary in all of the circumstances and in drafting any reports to the Commission.

For further information, please contact Emma-Jane Dalley in our Independent Schools team on 0117 314 5465.