The New Scale-up Visa Route - Will it Help Tech Businesses? 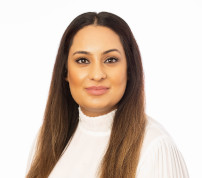 The New Scale-up Visa Route - Will it Help Tech Businesses?

From Start-up to Series A - How to Get Investment Ready

On 22 August 2022, the new Scale-up visa route will launch, with the aim of helping fast-growing businesses recruit talented individuals from overseas to aid their continued growth.

The Scale-up route is another sponsored worker immigration route, complementing Skilled Worker and the new Global Business Mobility routes, but with certain advantages that may make it more attractive. Unlike those other routes, sponsorship under the Scale-up route will not require the sponsor to pay the £1,000 per year Immigration Skills Charge, and sponsorship requirements are somewhat relaxed compared with those other sponsored worker categories.

Like those other routes, dependent partners and children will be able to accompany or join the main applicant and, as with the Skilled Worker category, migrant workers and their family members on the Scale-up route qualify for settlement after five years in the UK.

To qualify as a Scale-up sponsor, a business needs to show that it has sustained annualised growth of at least 20% for the previous three-year period, in terms of either turnover or staffing having started the three-year period with a minimum of 10 employees. Businesses which meet those criteria will be able to apply to become Scale-up sponsors by applying to UK Visas & Immigration (UKVI) either for a Scale-up sponsor licence, or to add the Scale-up route to an existing sponsor licence. Once UKVI have awarded the business that licence, they will be able to sponsor overseas workers to fill higher-skilled roles on more favourable terms than under the Skilled Worker route. It is expected that tech businesses, in particular, will benefit from these new arrangements, with many businesses in the sector meeting the definition of 'scale-up'.

This route allows for more flexibility when compared with existing immigration routes, as the sponsoring employer only needs to confirm that an applicant is expected to work for them for, at least, the first six months of their visa. This might be useful for a tech business needing a senior hire to come to the UK to oversee a major project, or trouble-shoot them through a period of rapid change. Previously, such a worker might have been put off by the fact that they would have needed to find a new sponsor once the project was over, but under the Scale-up route, they will be able to remain in the UK once their period of sponsorship has ended - provided they are able to find a job paying at least £33,000.

Another advantage of this relaxed sponsorship requirement is that sponsors going through changes of ownership or corporate restructuring may find that they are required, under the sponsorship rules, to surrender their sponsor licence and apply for a new one. This might happen several times over a short period for 'scale-up' sized businesses going through repeat investment rounds - which adds a further layer of bureaucracy and expense to the requirements of being a sponsor. Because Scale-up workers no longer need a sponsor after six months, a Scale-up business could decide to surrender its sponsor licence once the workers sponsored under the Scale-up route have completed six months employment in the UK. Those workers can continue working for the business, without the business needing to retain its status as their sponsor.

Overseas workers applying under this route must meet the following requirements:

For further advice on the new Scale-up visa route, please contact Talitha Degwa in our Immigration team on 07384813082, or complete the form below.