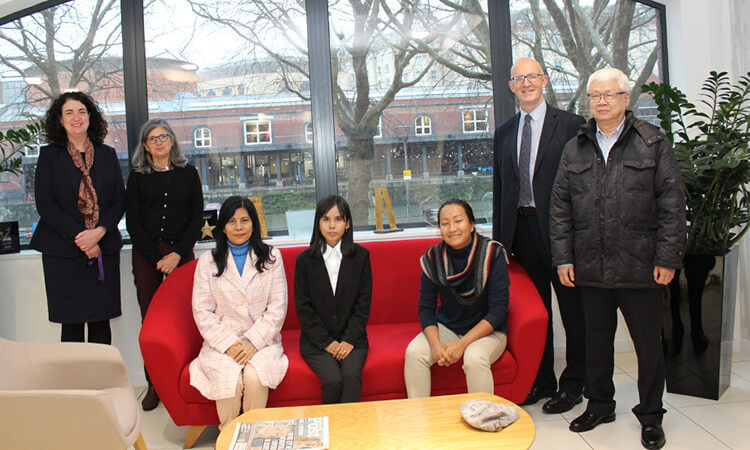 The vast majority of the accused go through the court system without any advice or representation, and many lawyers don't challenge the police for fear of losing their job.

On a week-long visit to the UK to learn about the English legal system, the four Burmese lawyers aim to help tackle some of these challenges and contribute to the rule of law in their country. We invited them to our Bristol office, where Partner Allison Cook and Consultant Stephen McNamara outlined the ins and outs of the legal system, as well as the professional ethics, standards and independence of British lawyers.

A former British colony in South East Asia, Myanmar has recently transitioned from a 50-year military dictatorship into a nascent democracy, albeit one where the military retain considerable power and control. During decades of military rule, the law was used as a tool of control, rather than to protect rights, and corruption became deeply engrained. As a result, Myanmar is currently rated 110th out of 126 countries for its rule of law.

The visit builds on work undertaken by Stephen McNamara, who has recently spent a year volunteering at the Yangon Justice Centre to help improve the criminal procedure. Since then he has worked with a local NGO Tharthi Myay Foundation to develop training materials for lawyers based on case studies.

The lawyers' visit to the UK is funded by Tharthi Myay and the Myanmar Trust, a UK charity that works for social justice in Myanmar. As well as VWV,  the Burmese lawyers will be meeting the Avon & Somerset Police, defence lawyers, barristers, and will be visiting the courts.

"Being in a country where there is a clear separation of powers, it can be easy to take access to justice for granted.

We were incredibly humbled by the bravery and commitment of our fellow lawyers and honoured to share with them the importance of professional standards and our commitment to the rule of law."