Parental Contributions - Charging Up a Storm? 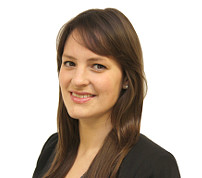 In an environment where parental contributions are becoming the 'norm', we re-visit the charging regime and consider whether this is workable for schools in the contexts of government cuts and other financial pressures.

As part of their funding agreement with the government, academies in England are required to comply with the law on charging, the fundamental principal being that they cannot pass on the cost of education provided during school hours. This ordinarily includes the supply of any materials, books, instruments or other equipment and extends to any charges as part of the admissions process, certain education provided outside of school hours, musical tuition or prescribed public examinations and re-sits.

However, government cuts and other financial pressures such as rising teachers' pay, staff shortages and changes to the examination system, have meant that many schools are struggling to meet the cost of providing core education to pupils. As a result some schools are seeking alternative ways of raising funds.

The government recognised that the cost of certain activities should not be borne by schools and so the Education Act 1996 and DfE supporting guidance set out a number of limited circumstances, or exceptions, in which these costs can be passed on to parents. This includes any materials, books, instruments or other equipment that parents wish the pupil to have, or additional costs relating to certain early years provision or community facilities such as swimming pool sessions. Schools can also take advantage of the ability to charge separately for 'optional extras' such as:

Crucially, schools cannot impose these charges as compulsory, particularly as there will be parents who are unwilling or unable to pay the full amount, or if the pupil does not wish to take part in that activity. In addition, for activities where more than 50% of the time spent carrying out that activity occurs during school hours it will not be possible to charge for this as an optional extra.

The guidance is clear that any charge to parents in respect of individual pupils must not exceed the actual cost of the optional extra activity, divided equally by the number of pupils participating. Furthermore, Schools are only permitted to charge for optional extras provided there is in place a clear policy which sets what they intend to charge, as well as a remissions policy for those low income parents or parents who are in receipt of certain benefits or government support payments. Schools must ensure that these policies are available and clear to parents from the outset.

While the parameters of optional extras are largely untested, extended day services was recently explored in R (Academy Trust for Hockerhill Anglo- European College) v The Office of the Schools Adjudicator [3] in which an academy charged parents of certain day pupils (described as 'day boarders') for board and lodging including extended day services. Following a challenge from the Local Authority the Court held that a day boarder did not qualify as a 'boarder' within the meaning of the Schools' Admissions Code (as amended) which sought only to make a distinction between 'day' and 'boarding' pupils. The academy was unable to charge those costs for day boarders on a compulsory basis as to do so would be in breach of the Act. While the Court recommended that the Code should be amended, this is yet to be adopted by the government and so the position of day boarders remains unclear.

In order to meet the increasing cost of providing education, many academy trusts and Local Authorities ('LAs') in England are opting to ask parents for voluntary contribution for the benefit of the school, or for school activities (often described as 'parental contributions').

Where an activity cannot be funded without voluntary contribution, the Trust or the Head should make this clear at the outset in its correspondence to parents. While there is nothing in legislation to prevent schools from operating this practice, any contribution should not be described as compulsory and in seeking these costs parents must not be made to feel pressurised into paying. If insufficient voluntary contributions are raised to fund a visit, or the school cannot fund it from some other resource then the activity or initiative must be cancelled. Similarly, if parents are unwilling or unable to pay the pupil must still be given an equal chance to attend the activity and this should be clear from the outset.

In some cases there are reports that LAs have sought from parents contributions of up to £600 per year to cover the cost of replacement core subject textbooks or additional entitlements. Should the costs of education continue to rise it is arguable that this practice is not sustainable and contrary to the intention of the charging regime.

As a result of government cuts and other external financial pressures, it is clear that schools are readily turning to the exceptions contained within the charging regime in order to meet the increasing cost of delivering education to pupils.

Critics have suggested that placing reliance on the ability to charge for optional extras and seeking parental contribution is unfair and tantamount to the start of privatisation, particularly where the system is being used to meet any shortfall which was traditionally met by the school.

While the government clearly has a budgetary role to play, schools should continue to be mindful of the legal framework and guidance on charging. In their communications to parents schools should ensure that these are timely, clear and transparent and do not place any undue burden on them to meet these costs, particularly in respect of those from a low income or underprivileged background.

For further information, please contact Louise Gilmer from our Academies team on 0117 314 5356.