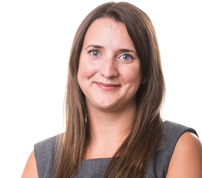 The Government announced in October that the Coronavirus Job Retention Scheme (the CJRS), which was due to end on 31 October, was to be extended until 31 March 2021. It has since announced a further extension until the end of April 2021.

Therefore, the CJRS continued to be available to charitable or non-profit organisations during the recent national lockdown and remains open to employers who are unable to maintain their workforce due to the impact of coronavirus with the exception of those who are entirely publicly funded.

This article summarises some of the main points charities need to know about the extended CJRS and how it differs from previous iterations of the scheme.

Who Does the Extended CJRS Apply to?

Any employee that was on the payroll on 23:59 on 30 October 2020 can potentially be furloughed. This includes staff that have not been furloughed previously, as well as those who may have already been furloughed for a period. There is no minimum furlough period and it can be on a full-time or flexible basis. For partially publicly funded charities the guidance highlights that where their public funding typically covers staff salaries, those staff should not be furloughed.

Unlike under the earlier version of the CJRS which was in place from 1 July to 31 October there is no maximum cap on the number of staff that can potentially be furloughed.

As was the case previously, a furloughed employee is not permitted to take part in work for their employer, voluntarily or paid,  during their furloughed hours but they are permitted to volunteer or work for another organisation.

What Can the Charity Claim?

The Government will pay 80% of wages up to a cap of £2,500 for the time the employee is not working. The charity will also need to pay the employee in full for all the time they are working, as well as national insurance and pension contributions. Charities can decide to top up the employee's wages above the 80%.

The Government has advised that the terms of the CJRS will be reviewed next month and  therefore the level of support may be reduced. It is likely that similar tapering arrangements may be introduced to those out in place in in September and October when the CJRS was initially being phased out.

The reference pay for making a claim will depend on when the furloughed employee commenced work at the charity. For any employee who was already employed at 19 March 2020 it is necessary to use calculations that applied under the original CJRS. This references back to the pay data for the pay period prior to 19 March 2020 (although there are still different calculations for salaried and variable hour staff). This is the case whether or not staff were actually placed on furlough previously and is clearly intended to ensure the claims are not affected by whether or not staff have been furloughed or working reduced hours in the period since the national lockdown in March.

For staff employed on or after 20 March the reference pay will be based on:

Do You Need Written Agreement from Employees Being Furloughed?

As before, it is essential that a written agreement is in place to evidence the furlough arrangements and any variation to the employee's contract of employment . Most charities will have some form of written confirmation or agreement for employees who were furloughed under the original CJRS. Whilst the terms of that correspondence will need to be reviewed, it is likely that further written confirmation or agreement will be required with employees being placed on extended furlough. All agreements should be retained for at least five years.

Can Furlough Be Used As an Alternative to Making Redundancies?

The purpose of the CJRS is to help employers affected by coronavirus retain their workforce. The CJRS can potentially be used by any privately funded employers (including non-publicly funded charities or partially public funded charities although in this case it depends on how the public funds are normally used) who cannot maintain their workforce because their operations have been affected by coronavirus.

There is an option for charities to re-instate staff who have been made redundant (subject to eligibility) and place them on furlough, although there is no obligation to do so. It is also important to consider wider issues surrounding re-instatement including redundancy pay and continuous service calculations and in this case we would recommend obtaining specialist advice.

Can the CJRS Be Used to Fund Notice Pay?

No, since 1 December 2020 the CJRS grant cannot be claimed in respect of staff who are serving contractual or statutory notice.

Will Details of Employers Who Have Used the CJRS Be Published?

Yes, one of the changes from the earlier iterations of the CJRS is that HMRC will publish details of employers who have applied for grants under the scheme from December onwards. This will include the name of charity and the banding that the level of grant it has applied for falls into. Some charities may be concerned about the impact that this may have on their reputation.

What Has Happened to the Job Support Scheme (JSS)?

Because the CJRS has been extended, the JSS has been postponed and it is not known when/if this will start.

What About the Job Retention Bonus (JRB)?

On 8 July 2020, the Chancellor announced that employers would be paid a Job Retention Bonus of £1,000 for each employee they brought back from furlough and then continuously employed until 31 January 2021. On 2 October 2020, the Government produced guidance to say that employers would be able to claim the bonus between 15 February 2021 and 31 March 2021, as long as the previously furloughed employees had been on the payroll on 31 January.

With the extension of the furlough CJRS, the guidance on the job retention bonus has now been withdrawn, and the Government announced that the bonus would no longer be available:

"the Job Retention Bonus (JRB) will not be paid in February and the government will redeploy a retention incentive at the appropriate time. The purpose of the JRB was to encourage employers to keep people in work until the end of January. However, as the CJRS is being extended to the end of March 2021, the policy intent of the JRB falls away."

For advice on the Coronavirus Job Retention Scheme, please contact Jo Oliver in our Employment team on 0117 314 5361 or complete the form below.