Both Employer and Employee Conduct Can Affect Unfair Dismissal Compensation 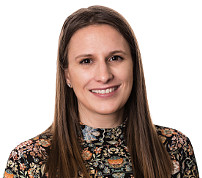 A recent Employment Appeal Tribunal (EAT) decision provides a useful demonstration of the circumstances under which the conduct of either employer or employee can reduce the amount of compensation awarded in an unfair dismissal claim.

In Wilkinson v Driver and Vehicle Standards Agency, Mr Wilkinson was a driving examiner who had knowingly breached his employer's policy by driving a candidate's car back to the test centre after an aborted test. He then failed to disclose his actions to his line manager and also deliberately completed paperwork, giving vague information, in order to hide what he had done.

Mr Wilkinson claimed he had been unfairly dismissed. The Tribunal found that the procedure followed by the employer had been flawed, so that the dismissal was indeed unfair. Turning to the question of what level of compensation it was appropriate to award, the Tribunal reduced the amount of both the basic and the compensatory award to zero "because of Mr Wilkinson's conduct". Mr Wilkinson appealed to the EAT.

The Impact of Contributory Conduct

The EAT allowed the appeal. It held that an unfair dismissal compensatory award can be reduced for contributory conduct by the employee even if, had the employer acted fairly, the dismissal would not have occurred. However the EAT also found the impact of the employer's contributory conduct should also have been taken into account by the Tribunal in determining the appropriate value of the award. The EAT remitted the case back to the Tribunal for it to reconsider the appropriate amounts of the basic and compensatory awards.

For more information regarding unfair dismissal and the impact of conduct, please contact Rebecca Fox in our Employment Law team on 07747 481989, or complete the form below.