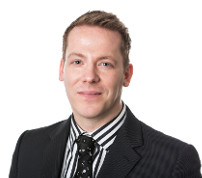 At first glance, the judgment of the Employment Appeal Tribunal (EAT) in Upton-Hansen Architects Limited (UHAL) v Gyftaki is about the poor drafting of the employer's ET3 - the employer had failed to address the issue of fairness.

However, perhaps of more practical importance to HR Managers will be the reminder that employers must consider whether there are reasonable grounds for suspension in the particular circumstances. In this case, UHAL appears to have been advised that because the allegations made against Ms Gyftaki amounted to potential gross misconduct, this in itself was sufficient justification for a suspension, which is contrary to the current legal position.

In September 2017, Ms Gyftaki, an employee of UHAL had exhausted her annual leave but needed to urgently travel to Greece for personal reasons and booked a flight. She requested additional holiday the day before she was due to fly and, due to a misunderstanding, assumed her request had been granted. However, at 8:30pm the same day, she received an email from her manager that her request for leave had been denied. She responded that her arrangements had already been made so she would have to take it as unpaid leave.

UHAL contacted their advisers who took the view that this was gross misconduct and as such a suspension pending investigation was warranted.

Upon her return, Ms Gyftaki was suspended from work pending investigation for taking unauthorised leave and failure to comply with line management instruction. UHAL also referred to a previous incident of taking more annual leave than she had actually booked, which had occurred in July 2017 but had been retrospectively approved by UHAL. She subsequently resigned and brought claims for unfair dismissal and wrongful dismissal.

Breach of the Implied Term of Trust and Confidence

The Employment Tribunal held that UHAL's decisions to include Ms Gyftaki's July holiday issue in the disciplinary allegations and to suspend Ms Gyftaki were both breaches of the implied duty of trust and confidence. It therefore held that she had been constructively unfairly dismissed and wrongfully dismissed and made basic and compensatory awards.

UHAL appealed on technical legal issues. The appeal was unsuccessful as a result (at least in part) of failings in their initial pleadings.

This case is another reminder of the need to consider whether there are factors other than the seriousness of the disciplinary allegations that justify a suspension.

On a more technical level the decision is a reminder to those drafting responses to constructive unfair dismissal claims not just to set out the case that there was no such constructive dismissal but also, if that argument goes against you, that in the alternative, there was nevertheless a fair basis for dismissal.

For more information please contact Bob Fahy in our Employment Law team on 01923 919 302, or complete the form below.