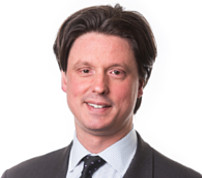 ... even though the client in an outsourcing relationship had requested an employee be removed from the contract, the employee transferred under TUPE when a replacement contractor was appointed.

The Transfer of Undertakings (Protection of Employment) Regulations 2006 (TUPE) applies to all 'relevant transfers', including where a client contracts out services (often referred to as outsourcing), appoints a replacement supplier  or brings the work back 'in-house'.This type of transfer is referred to in TUPE as a Service Provision Change.

Where there is a Service Provision Change, all employees assigned to the service TUPE transfer to the new employer. In effect the new employer steps into the shoes of the outgoing employer, taking on the employees on their existing terms and conditions of employment.'

Shortly after the warning was issued (and whilst Mrs Jakowlew was suspended)Saga Care's contract with the Council expired and a replacement supplier was appointed, WH Ltd. A dispute arose between the outgoing and incoming contractors as to whether Mrs Jakowlew was assigned to the contract at the time the TUPE transfer took place. If she was she would transfer to WH Ltd. If she was not then she would remain in employment with Saga Care.

After some weeks Saga Care was persuaded that her employment had not transferred and made her redundant.

On appeal the EAT found that Mrs Jakowlew's employment had, in fact, transferred to WH Ltd. The EAT held that it was for the employer (in this case Saga Care), not the client (in this case the Council) to decide which employees were assigned to work on a particular contract.  Whilst Saga Care may have breached its contract with the Council by not removing Mrs Jakowlew, this did not affect the situation under TUPE.

In addition, the suspension did not prevent Mrs Jakowlew being assigned to the contract for the purposes of TUPE.  The EAT confirmed that the appropriate question was whether the employer required the employee to continue working on the contract, or would have done so but for the suspension.

This case confirms that a client cannot prevent TUPE applying to a particular employee simply by issuing an instruction to a third party supplier that the employee be removed.  It also confirms that being suspended at the time of a transfer will not necessarily prevent the employee transferring.  The key is whether the employer would have continued to require the employee to work on the contract but for the suspension.

It also highlights the importance of having clear contractual obligations set out in the outsourcing agreement.  If a client wishes to have the power under the contract to remove the supplier's employees then this should be backed up by an indemnity protecting the client from financial loss if the instruction to remove is not followed.

For more information, please contact Michael Halsey in our Employment Law team on 020 7665 0842.