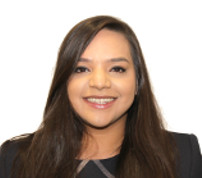 In a decision that is likely to have far-reaching consequences within the dental profession, a dentist has been found to be a worker, despite the existence of a substitution clause in her contract.

Why Is Worker Status Important?

Worker status is a hybrid employment status, falling between employee and self-employed. Workers are not full employees but they are also not fully independent. They have access to some employment rights, including the right to paid holiday, to the National Minimum Wage, and the right not to be discriminated against in the course of 'employment' under the Equality Act.

What Were the Facts of the Case?

Mrs Sejpal was a dentist who worked as an Associate at Rodericks Dental Ltd (Rodericks) from August 2009 until December 2018. Rodericks owns and operates over 100 dental practices. It announced the closure of the dental practice where Mrs Sejpal worked around the same time that she went on maternity leave. Mrs Sejpal asserted that her contract was terminated, while others were redeployed. She brought claims for discrimination, amongst other claims which required that she be a worker. The Tribunal found that she was neither an employee nor a worker. She appealed to the Employment Appeal Tribunal (EAT).

What Is the Test for Worker Status?

There is a statutory test for worker status under the Employment Rights Act 1996, which required there to be in place one of the following:

However, the person will not be a worker if:

What Did the EAT Decide?

The EAT allowed the appeal based on the Tribunal's findings on parts one and two of the statutory test. As the Tribunal had not considered whether Mrs Sejpal carried on a profession or undertaking, the claim has been remitted to a different Tribunal for this to be considered.

There was a substitution clause in Mrs Sejpal's contract. The EAT considered the significance of this in the context of the requirement for there to be personal service in order for worker status to be established. The EAT held the clause was not an unfettered right to substitution, as it had some conditions attached to it, including that Mrs Sejpal would have to be absent for 14 days in order to bring in a substitute, and also that any substitute would need to be a qualified dentist acceptable to Rodericks. Whilst there was a substitution clause, there was also a requirement for Mrs Sejpal to render some personal service. This was sufficient to satisfy the statutory test.

What Can Employers Learn from this Decision?

This decision forms part of a line of case law emphasising the importance of the statutory test when determining worker status. Concepts such as mutuality of obligation, subordination and control might help determine whether the statutory test has been satisfied, but are not themselves tests for worker status. In addition, this decision demonstrates that the existence of a substitution clause will not necessarily prevent worker status from being established. It acts as a reminder to employers that the Tribunal will look at the reality of a contractual relationship in order to determine whether there is a personal service requirement.

For more information, please contact Sharmin Chowdhury in our Employment Law team on 019 2391 9373, or complete the form below.