Blockchain - A Solution to the Pain Points in Genomics? 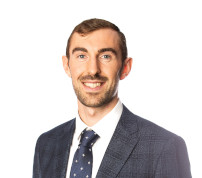 For those working in the Pharmaceuticals and Life Sciences sector, genomics is a familiar subject.

It was one of the topics discussed at VWV's 2020 and 2021 PING conferences, which explored its rise to prominence including in combatting the pandemic, its far-reaching applications, and the obstacles to the availability of genomic data. From bespoke medicines to less invasive diagnoses, genomic data has proven a vital driver for the UK economy and continues to be targeted by the Government’s Genome UK Implementation Plan. However, there remain some fundamental issues that hinder innovation in this area, such as access to genomic data, ownership and permitted use of data, and inefficiencies in the current model used to collect and share the information.

A solution to many of these problems is to be found in blockchain's decentralised ledger technology.

Although the word blockchain has become synonymous with cryptocurrencies such as Bitcoin and Ether, these currencies are actually just using blockchain technology to achieve some of their desirable characteristics.

In general terms, a blockchain is a database in the form of a ledger, which is distributed to several locations and synchronised among these locations. Before a change or transaction can be recorded on the blockchain it must be verified by each location’s database. In other words, blockchain is decentralised. This results in some specific beneficial characteristics:

Having covered the basics of blockchain, let us consider its possible use cases from a genomics perspective.

Genomics sequences an individual's DNA, meaning the data produced is personal, private and widely safeguarded by legislation (an example being the GDPR).

Ensuring that consent is given for the proposed use of the data is vital to allow entities to perform research and then share it with other entities involved in the development process. Consent can be rescinded or qualified, making it difficult to have clarity on permitted uses.

If an individual tenders his or her genomic information using the blockchain, he or she has complete control over their own data. This means that he or she can set the parameters of his or her consent, decide where genomic data is stored and when or if it is updated, removing uncertainty and providing the buyer evidence of compliance with legislation.

Depending how an individual sets up their permissions on the blockchain, rather than 'selling their DNA' it is more akin permitting access to it for defined purposes. The transaction takes place on the blockchain in exchange for cryptocurrency, cutting out the need for an intermediary.

As blockchain has not yet been widely adopted, the solution to privacy issues used by most entities is to pass the administrative burden onto an intermediary. In addition to health institutions and entities established to collect such data, well placed to meet this need are personal genetics companies, who screen an individual's DNA to provide information on things such as ancestry and the likelihood of carrying genetic disorders. Such companies can change their business model to monetise their databases, selling the data to pharmaceutical and technology firms.

This framework leads to a question about the level of control an individual holds over his or her genomic data, but a practical issue also arises. Suppose an entity wants to use an individual's data for a novel use outside the scope of the consent given - the intermediary needs to contact the individual to request permission. This needs to be processed, likely incurring administrative fees and at the end of the process the owner may refuse.

A further issue with centralisation of data is that it can slow innovation by having intermediaries control access. This can create a members' club which the intermediary can use as leverage, or in extreme cases can require an entity wishing to access the data to be a stakeholder in the intermediary to receive access to the genomic data.

If, instead of providing his or her data to an intermediary, the individual made his or her information accessible using a blockchain, any entity meeting an individual’s criteria could access the genomic data, and if the entity is unclear it could contact the individual to request permission to process their data for a given reason. The result is wider availability of individuals’ genomic data globally to entities, direct contact between the seller and customer, and as a result a more efficient model for research and development.

3. Wastage of Resources and Time Through Duplication of Work

Creating access-controlled silos of genomic data not only hinders innovation, it results in the duplication of work and resources. If an entity wishes to gather the genomic data of a certain individual, it must pay to sequence the individual’s three billion base pairs of DNA. Having obtained the raw data, actual analysis needs to be run against a given reference database to flag areas of interest. This consumes a large amount of computing power, time and electricity. The individual's genome may also be acquired by several other entities to repeat the exact same process. The issue is compounded when more sophisticated computational tools or changes to the reference database mean that an individual's data needs to be reanalysed.

By decentralising the genomic data and permitting access as and when the information is updated, a large degree of duplication can be removed. This provides a single source to access representative data and should result in a lower overall cost through economies of scale.

The opportunities mentioned above have already been identified by companies looking to progress the area. Genomes.io is a London based company providing genomics services in conjunction with blockchain. Individuals pay to have their genome sequenced, and amongst other built in services, can then sell their genomic data. The data is controlled by the individual, removing data protection issues and intermediaries.

This is just one use case for blockchain technology. For a sector that thrives on innovation, wider access to genomic data promotes collaboration and the development of genomics.

The 2022 PING Conference continues the recent theme in looking at how this is a golden age for life sciences innovation. The Conference is taking place on 20 June with leading speakers from NICE, NHS England, a Government Minister and others.

If you have any questions about this article, have a legal need related to crypto-assets or would like to attend the 2022 PING conference, please contact Jonathan Bywater who is a member of VWV's crypto-asset law group on 020 7665 0965.