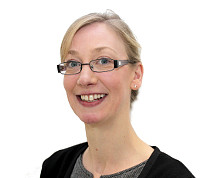 Is Your Recruitment Business Managing Its Marketing and Cookies?

Is the Non-Compete Restriction Enforceable and Making a Comeback?

The use of umbrella companies in the recruitment sector has been rising significantly. In light of this, we will take a closer look at what an umbrella company is and does, as well as the legal implications of this.

What Is an Umbrella Company?

There is no legal definition of an umbrella company, and therefore the term can be applied to different models; but currently, most commonly,  it is a term applied to a company that directly employs a worker who provides their services under temporary contracts elsewhere and who uses an employment agency to find them those contracts.

This latter option is the model that the government refers to in its guidance - 'Working through an umbrella company' - where it states, "It is generally agreed that an umbrella company is a company that employs a temporary worker (an agency worker or contractor), often on behalf of an employment agency. The agency will then provide the services of the worker to their clients. Umbrella companies do not find work for the workers they employ. They can work differently, but most umbrella companies employ workers using an employment contract which will set out your terms and conditions. This means the company must comply with employment law" and this is the model that we will be exploring in more detail below.

Why Use an Umbrella Company?

The use of umbrella companies has increased dramatically over recent years, as the extension of the off-payroll working rules has meant that many end-user clients are now reluctant to engage contractors through personal service companies (PSC). This reluctance has arisen because, where an end-user client engages a contractor through a PSC, it is now obliged to undertake a detailed status determination to assess whether it's relationship with the contractor would, but for the presence of the PSC, be one of 'deemed employment'. This is not an easy task and end-user clients run the risk of incurring tax liability if they get it wrong. As a consequence of this reluctance, and the increased scrutiny and accompanying growing case law on employment status, many contractors now struggle to find contracts through their PSC's, or to gain the tax-efficiencies they once did offering their services through a PSC. As a result, many contractors, and the employment agencies who find work for them, are looking for other models of working and the umbrella company model has proved a popular alternative.

From a tax perspective, arrangements where a worker is directly employed by an umbrella company and supplied to an end-user client by an employment agency will be covered by the rules contained in chapter 7 of ITEPA (the agency legislation). As a consequence of the agency legislation applying, the off-payroll working rules which are set out in chapter 10 of ITEPA will not apply. From the end- user/client's perspective, using this model therefore frees them from the obligation to conduct a status determination as well as the risk of any tax liability and is therefore very attractive. Rather, under this model, it is the umbrella company, as the employer, that is responsible for paying appropriate tax and NI on the employee's earnings through PAYE.

Although, from the end-user/client perspective, the same benefits could be achieved if the worker supplied to them were directly employed by the employment agency, rather than an umbrella company, the administrative burden on employment agencies of running payroll for large numbers of temporary employees is unattractive, as is the prospect of meeting the additional costs of complying with their legal obligations as an employer (such as the obligation to pay holiday pay and sick pay etc). So, for employment agencies, passing the responsibility for employing the worker on to an umbrella company is therefore attractive. On occasion the agency may also gain additional benefits from using umbrella companies, for instance if they secure a referral fee.

For the umbrella company, this model of working offers it the opportunity to generate income from the fees it charges to its employees for operating the payroll service for them.

Lastly, for the worker, although they lose the tax-efficiencies they once may have had offering their services through a PSC, adopting this model gives them the benefit of certain employment rights such as the right to holiday pay and sick pay (and potentially also redundancy pay and notice pay),  and can free them from the administrative burden of running a company.

However, despite the apparent benefits to all parties outlined above, there are also some risks and drawbacks to using an umbrella company model, and these should be considered and balanced against the benefits before a decision is taken to adopt this model.

Employment agencies should ensure that they do not fall foul of regulation 5 of The Conduct of Employment Agencies and Employment Businesses Regulations 2003 (restriction on requiring work-seekers to use additional services) when requiring work seekers to operate through umbrella companies;  and also ensure that their key information documents with work seekers and umbrella companies are compliant with these Regulations.

Additionally, employment agencies and workers should be aware that there are a number of unscrupulous umbrella companies operating which promise to give workers higher sums than their competitor companies and this is often down to them engaging in questionable tax schemes. The government has issued warnings about umbrella company fraud and potential tax avoidance schemes and both employment agencies and workers should therefore ensure that they conduct thorough due diligence on any umbrella company that they engage with - and ensure that the terms and conditions on which they engage with them are fair.

Unlike employment agencies, who are regulated by the EASI, umbrella companies are largely unregulated and this has prompted calls from some Trade Unions for them to be banned on the basis they exploit workers, whilst Matthew Taylor in his Good Work Report, called for greater regulation in this area.

However, usually the commercial reality is that the end-user will be paying a higher rate to the umbrella company for the worker than they would be if they were directly employing the worker themselves. So, arguably it is the end-user that is paying for the employee's benefits and the employee is not prejudiced. Those providing payroll and work-finding services are getting paid for providing these services, and HMRC is also receiving its share.

Looking at it another way, to some extent the risk lies with the umbrella company as it will not know, at the outset of the relationship, whether the employee is going  to trigger entitlements to certain payments (such as sick pay or statutory maternity/paternity/shared parental pay) which it would, as the employer, be obliged to pay, but would not be able to make any additional recoupment of. Therefore it needs to ensure that it has set the level of deductions appropriately whilst also bearing in mind that, if it sets its deductions above other umbrella companies, the worker is likely to go elsewhere.

Nonetheless, the Government has indicated it has plans to reform the area, and on 30 November 2021, HM Treasury, HMRC and BEIS published a call for evidence seeking views on how the umbrella company market operates, with a view to understanding how best to reform it. Responses were requested by Febraury 2022, however, as yet, no reforms have been put in place and there has been some criticism that the government has been slow to act.

From an employment law perspective, the use of the umbrella company model does raise some interesting questions and the relative recency of the rise in its use means there is little case law to give any definitive answers. Since tax is being properly accounted for in this model, the risk of challenge in the tax tribunal is relatively low, but challenges could well arise in the employment tribunal if employees feel they have been treated unfairly or deprived of their employment rights. In such cases, it is likely to be the umbrella company, as the stated employer, that bears most of the risk of such claims. However, as the umbrella company really only operates as an employer for tax purposes, in reality it has little control over the work the employee does and, given that control is one of the key tests for employment status, it is possible that disputes could arise. There are already some tribunal decisions showing how employment tribunals have approached some of the key questions that arise in this model, and in particular the question of calculation of holiday pay and entitlement to redundancy pay; but these are mainly first instance decisions so are not binding and could be open to further challenge.

Certainly it seems likely that the law in this area will continue to develop and we will keep you up to date on the evolving landscape.

For more information on umbrella companies and relevant employment law implications, please contact Lorna Scully in our Employment team on 07500 846 624, or complete the form below.