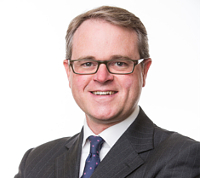 The Biometric Residence Permit (BRP) programme has been rolling out worldwide from April this year. From the end of July, pupils of all nationalities applying for a Tier 4 visa to come and study at an independent school will need to apply for a BRP.

Since our last update the Home Office has published revised guidance on alternative collection arrangements for pupils attending independent schools. This follows input from larger sponsors and representatives, including the Independent Schools Council, leading to the development of two alternatives to the pupil collecting his/her own BRP card package at Post Office branch selected during the Visa4UK application process.

BRP card packages can be delivered to a site specified by the sponsor or representative. This permits schools to specify that BRPs for their sponsored pupils will be delivered to the school, for distribution to pupils on arrival. Each site will be allocated an ACL code, to be used during the Visa4UK application process. The first batch of ACL codes was due to go live on Visa4UK on 6 June and there will be several updates to the ACL data file during June and early July.

During the visa application process, pupils will need to enter the ACL code in the Alternative Location field when they reach the Visa4UK screen Biometric Residence Permit Collection. It will not be possible to switch an application already made on Visa4UK from collection at Post Office to ACL.

Each site must comply with some basic security measures for storage of, and access to, BRP card packages. As schools operating ACL will tend to hold very small numbers of BRPs the physical security requirements are limited: BRP packets must be stored securely and any key or combination must be held in a secure location to which only those employees who are approved to distribute BRPs have access. There are also restrictions on the staff involved and only staff who are nationals of an EEA state or Switzerland can operate ACL.

This is described as an alternative to the ACL route, meaning that schools opting to receive BRPs cannot also put in place a standing authority for third party collection.

Schools may apply to the Home Office to nominate members of staff with standing authority to collect BRPs on behalf of their sponsored pupils. There are no restriction on the nationality of those nominated as a third party collector, although any person nominated as a third party collector who is not a national of the EEA or Switzerland must either have current leave or not require leave.

What Schools Should do Now

Schools are not obliged to adopt either of these alternatives and can continue to leave BRP collection to their pupils on arrival. These alternatives offer greater flexibility and convenience to pupils and schools, however, as they remove the need for pupils to be accompanied by 'responsible adults' (which would usually be members of school staff) when making the journey to the Post Office to collect their BRP.

For further information, please contact Matthew Burgess in our Independent Schools team on 0117 314 5338.