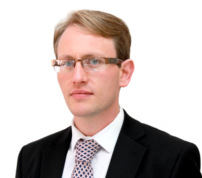 The New Debt Respite Scheme (Breathing Space) - What Do Schools Need to Know?

How to Protect Your School from Cyber-Attacks

The Upper Tier Tribunal has recently delivered an important judgement in the context of pupil exclusions, which is likely to lead to a change in law and practice for all schools in England and Wales.

(C&C v The Governing Body of a School, The Secretary of State for Education and The National Autistic Society (Second Interested Party)(SEN) [2018]UKUT 269 (AAC).

Regulation 4(1)(c) of the Equality Act 2010 (Disability) Regulation 2010 (the Regulations), exempts from the protection of the Equality Act 2010, behaviour which amounts to a 'tendency to the physical abuse of others'. This was previously widely accepted as meaning that schools could exclude disabled pupils without being required to make reasonable adjustments for violent behaviour, irrespective of whether that behaviour was a consequence of a disability. This interpretation has been variously upheld by the Tribunal.

However in a judgment held on 8 August, the Upper Tier Tribunal held that this exemption violates the European Convention of Human Rights and accordingly should be dis-applied in cases of school exclusions. In doing so, Judge Rowley expressed the strong view that:

"The Secretary of State has failed to justify maintaining in force a provision which excludes from the ambit of the protection of the Equality Act children whose behaviour in school is a manifestation of the very condition which calls for special educational provision to be made for them. In that context to my mind it is repugnant to define as 'criminal or anti-social' the effect of the behaviour of children whose condition (through no fault of their own) manifests itself in particular ways so as to justify treating them differently from children whose condition has other manifestations".

What Is the Impact on Schools?

However, it is widely anticipated that the judgment reflects a significant body of opinion and will lead to a change in the law for all schools, which calls for an immediate re-evaluation of best practice.

Without the availability of the exemption, schools will still be able to exclude pupils for violent behaviour, but rather than in straight forward disciplinary matters, they will need to be able to show that reasonable adjustments have been made to manage the violent behaviour first and that exclusion is a proportionate means of achieving a legitimate aim. This will entail a careful balancing of the pupil's needs against those of the school community and is the approach all schools are advised to take in the light of the judgment.

If you have any questions about how the issues raised in this article will affect your school, please contact James Garside on 0117 314 5639.