VWV has confirmed its position as a one of the best law firms in Watford and surroundings... 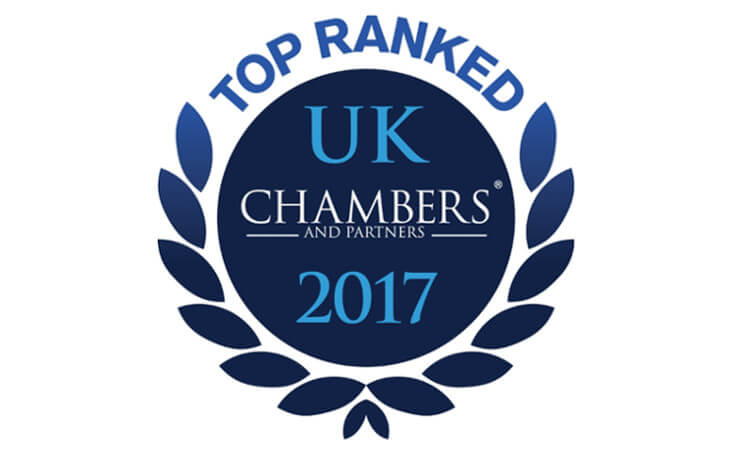 ... with the release last week of this year’s Chambers & Partners annual guide to the legal profession. This follows VWV's expansion into Watford in February 2016.

Chambers UK 2017 reveal that VWV has been ranked within 4 practice areas, marking the most outstanding law firms and lawyers in the region.

Based on a series of client and peer interviews conducted independently and aimed at buyers of legal services, Chambers UK is probably the most trusted overview of the legal profession, ranking law firms on their expertise. Its purpose is to highlight the leading lawyers across a range of practices and sectors. VWV has been ranked for many years in the directory.

VWV's Corporate and Real Estate teams have been recognised as the best in the region, achieving Top tier (or Band 1), the highest distinction.

At an individual level, VWV Partners Richard Phillips and David Marsden, who work respectively in the Corporate and Real Estate teams have also been recognised as the best in their fields, both being ranked Band 1.

While the VWV's Employment team in Watford is now ranked in the Thames Valley as Band 4, further recognition of the high quality service provided across the firm include a number of lawyers being acknowledged as leaders in their fields: Michael Delaney (Band 2), Laura Seaman (Band 2), Emma Cameron (Band 3), Joe Kwok (Band 4).

"This year’s rankings recognise the outstanding legal work of our lawyers here in Watford.

The firm's position in the legal directories relies heavily on client feedback, so a special thank you to all of our clients involved in the process this year."