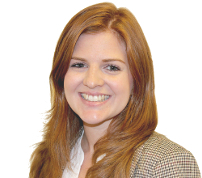 The Employment Appeal Tribunal has upheld an appeal against a finding of age discrimination where the comparators were only four years apart in age.

In Citibank NA and others v Kirk, Mr Kirk was employed as a corporate banker at Citibank, which is a financial institution in Great Britain. Mr Kirk worked at Citibank from 2011 until his dismissal in 2017. Mr Kirk was the Head of Energy, in Citibank's Energy, Power and Metals and Mining franchises. Ms Olive, his comparator in this case, was the Head of Metals and Mining. In 2017, it was decided that the franchise would be led by a single Managing Director and that Ms Olive would take up this role. At the time, Mr Kirk was aged 55 and Ms Olive was aged 51. Mr Kirk was dismissed by reason of redundancy, following a consultation. Mr Kirk appealed the decision and his appeal was dismissed. Mr Kirk brought a number of claims, including direct age discrimination, against Citibank and a number of other individuals who worked at the bank (collectively referred to as Citibank for the purposes of this article).

Under the Equality Act 2010 (EA), a person discriminates against another if they treat them less favourably than others because of a protected characteristic.

The individual claiming discrimination needs to show that they have been treated less favourably than a real or hypothetical comparator whose circumstances are not materially different to theirs.

When the protected characteristic relates to age, the comparator must be from another 'age group', defined as a group of persons defined by reference to age, whether by reference to a particular age or to a range of ages.

In considering the age discrimination claim, the Employment Tribunal (ET) applied the two-stage test from the case of Igen v Wong (the Igen test), which requires:

Mr Kirk alleged that he had been told by Mr Falco (his line manager) that he was "old and set in [his] ways". The ET found that, on the balance of probabilities, Mr Falco had made this comment and that the comment was an act of age discrimination in itself, thus satisfying stage one of the test. As to the second stage, it found that Citibank fell "a long way short" of convincing the ET that the treatment was not on the prohibited ground of age. Mr Kirk's claim was therefore upheld. Citibank appealed on a number of grounds, one of which related to the alleged failure by the ET to properly apply the second stage of the Igen test.

The Employment Appeal Tribunal (EAT) found that the ET had failed to sufficiently delve into the evidence relating to Citibank's belief that Mr Kirk and Ms Olive were in the same age bracket. The EAT held that the finding of fact relating to Mr Falco's remark did not absolve the ET from considering Citibank's explanation for the dismissal and that it was incumbent on the ET to consider evidence from Citibank, as part of its case was that the treatment was not age related. The EAT found that Citibank's argument was not entirely implausible in this case, given that the age difference between Mr Kirk and Ms Olive was marginal. It commented that in the absence of a cut-off age (eg where a small difference in age results in a particular benefit or detriment, such as reaching retirement age), a small difference may make it less plausible that discrimination was the reason for the treatment in question. The EAT therefore held that the ET had erred at stage 2 of the Igen test and upheld that ground of appeal.

What Can Employers Learn From This Case?

This case is a useful demonstration of the test which the tribunal will apply when deciding cases of direct age discrimination and the practical considerations that are taken into account when the comparators are of a similar age.

For more information please contact Ellie Boyd in our Employment Law team on 020 7665 0940, or complete the form below.