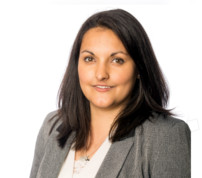 The requirement to remain politically neutral does not fall within special protections relating to political opinions or affiliation in the Employment Rights Act and political beliefs can be protected under the Equality Act.

In the case of Scottish Federation of Housing Associations v Jones, Mrs Jones was employed by the Scottish Federation of Housing Associations (SFHA) as the Head of Membership and Policy between April 2019 and November 2019. There was a clause in Mrs Jones' terms of employment which prevented her from having a 'formal role' of a political nature. In October 2019, Mrs Jones sought SFHA's permission to stand for Scottish Labour. SFHA refused, on the basis that Mrs Jones needed to remain politically neutral in her role. Mrs Jones withdrew her candidature. Mrs Jones was then dismissed the following month.

The appeal was successful. The EAT found that Mrs Jones was dismissed because she was not willing to keep politically neutral. This was the principal reason for her dismissal and did not relate to her specific political opinion of affiliation, therefore the extended protection from unfair dismissal in the ERA was not available to Mrs Jones.

Mrs Jones also brought a claim for discrimination based on a belief which she says is a protected belief under the EA. Mrs Jones articulated her belief as "those with the relevant skills, ability and passion should participate in the democratic process". In order for the belief to be afforded protection under the EA, it must:

The ET held that the belief was a protected belief. SFHA appealed. The EAT agreed with the ET's decision and dismissed the second ground of appeal. Mrs Jones' discrimination claim has therefore been remitted for a full hearing.

What Can Employers Learn from This Case?

If the principal reason for an employee's dismissal relates to their political opinions or affiliation they will not need two years' continuous service to bring an unfair dismissal claim. However, it seems that dismissal for breaching a general requirement to remain politically neutral may not be enough to trigger protection. As with all cases for unfair dismissal, the specific facts of a particular situation will be important.

Employers should be aware that political beliefs can qualify for protection under the Equality Act 2010.

For more information, please contact Ellen Netto in our Employment Law team on 07384 812798, or complete the form below.