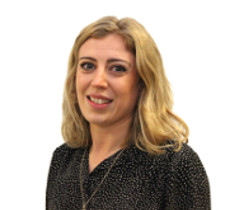 The 'irreducible minimum' is a phrase coined in order to describe the three central factors which will generally determine whether an employment relationship exists between two parties - personal service, control and mutuality of obligation.

In the case of Somerville v Nursing and Midwifery Council, the Court of Appeal has held that the absence of mutuality of obligation in the contractual relationship between Mr Somerville and the Nursing and Midwifery Council (NMC) did not preclude him from being a worker whilst actually working. This decision focused on the preliminary issue of employment status only, and has not specifically considered Mr Somerville's entitlement to holiday pay.

Mr Somerville had been an NMC panel member and chair of its Fitness to Practice Committee under a series of agreements which stated, amongst other things, that:

The NMC would provide Mr Somerville with reasonable notice of a committee hearing and Mr Somerville would choose whether to sit on the panel for the hearing. Instead he would have the option to accept a booking offered to him, and would then be required to use 'all reasonable endeavours' to attend for the full duration of the hearing. He could however withdraw from a hearing after it had been allocated without providing a reason and without any consequences. If the NMC cancelled a hearing, Mr Somerville was paid in full until October 2017, and thereafter was paid 50% of his fee if less than 14 days' notice was given. If a hearing ran short or was aborted after it had begun, Mr Somerville would be paid his full fee.

Why Mr Somerville Was Entitled to Worker Status

Mr Somerville brought a claim for unpaid holiday pay, under the Working Time Regulations, which required him to be a worker as defined in the Regulations. In order to fit the statutory definition, there had to be in place between Mr Somerville and the NMC either:

Both the Employment Tribunal and the Employment Appeal Tribunal found Mr Somerville was a worker, although not an employee. The overarching contract between Mr Somerville and the NMC did not amount to an employment contract due to a lack of mutuality of obligation. However, once Mr Somerville had accepted an offer of work in return for a fee, the Tribunal found this created a series of individual contracts under which Mr Somerville was a worker under regulation 2(1)(b) for the duration of the hearing in question. This was on the basis that Mr Somerville had no right of substitution, he agreed to render personal service and the NMC was not a client or customer of his business. The lack of mutual obligation to offer and accept a minimum amount of work was held not to be incompatible with worker status.

The NMC appealed unsuccessfully to the Court of Appeal. The Court of Appeal has confirmed an 'irreducible minimum of obligation' is not required in order to demonstrate worker status. The necessary test goes back to the statutory definition in regulation 2(1)(b). It is not necessary to introduce a requirement for an 'irreducible minimum of obligation' in addition. Having now established Mr Somerville's employment status, the case has been remitted to the Tribunal for consideration of the holiday pay dispute specifically.

Why Is Worker Status Important?

This case is a useful demonstration of the test for worker status. The stakes are high in litigation such as this because if an individual can show they are a worker they will qualify for some employment rights including the right to National Minimum Wage and statutory holiday. Despite the label that might be attached to a contractual relationship between two parties, the Tribunal will look at the substance of the relationship in order to determine employment status. In the context of establishing worker status, it is sufficient to refer to the regulation 2(1)(b) definition and it is not also necessary for the full suite of "irreducible minimums" to be present in order to establish worker status.

For more information on your employment status, please contact Sian James in our Employment team on 07468 698971, or complete the form below.