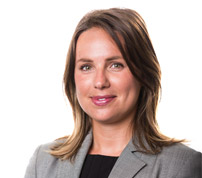 We recognise that securing legacy income is important for higher education institutions as charities and can be complex. Did you know that we have recently launched our specialist Legacy Protection Team?

Our Legacy Protection Team (LPT) is made up of nationally recognised contentious probate leaders in their field plus estate administration and tax specialists, who work closely alongside our HE team. There is also wider support from real estate practitioners and others across the firm.

Our LPT can assist with the whole range of legacy protection issues. In the next few editions of our Higher Education Law Brief we will explore the most common issues faced by HEIs - from being appointed in joint roles as executor and beneficiary in a Will and managing the two roles successfully whilst recognising any conflict of interests arising, to being left a legacy in a disputed Will. We can also help with more day-to-day issues such as ensuring that Will legacies are drafted correctly so that legacy income due to the HEI is sealed watertight.

A Racing Driver's Gifts to Charities - What Could Possibly Go Wrong?

In this first article, our LPT examine the fascinating December 2020 case of Knipe v British Racing Drivers Motor Sport Charity & Others, which illustrates the perils of badly drafted legacies in Wills for charitable beneficiaries and points to the risks that executors can face if they do not seek appropriate legal advice when faced with an ambiguously drafted Will.

Retired professional racing driver Barrie Williams made his Will which, after gifts to his mother and his fiancée and a number of other legacies, left his residuary estate to four charities in differing shares.

Significant problems arose on Barrie's death because the Will draftsman had failed to provide the charities' registered charity numbers, or to otherwise correctly identify two of the charities.

As an avid motor sports man, 50% of Barrie's residuary estate was left to the British Racing Drivers Club (BRD) Benevolent Fund, with 30% going to the BRD Club. A further 10% of the residuary was left to a charity described as the Cancer Research Fund with the remaining 10% going to the RSPCA. It was the first gift to the BRD Benevolent Fund and the gift to the Cancer Research Fund which caused the real problems when Barry died.

Barrie's friend, James Knipe had the misfortune of being the executor of Barrie's Will and was faced with administering Barrie's £1.1 million estate. James was forced to apply to the court for construction of the Will to determine whether the two gifts to potentially unidentifiable charities would fail.

The First Problematic Gift to the BRD Benevolent Fund

The Judge, when addressing the issue of construction of the Will, said:

"In my judgment, given the deceased's professional background, his membership of the club and his long familiarity with its affairs, as well as the absence of any other candidate, I cannot believe that the deceased had any institution in mind as the beneficiary of his bounty in clause 8(a) of his will, apart from the first defendant. The opening words of the phrase "the British Racing Drivers Club Benevolent Fund" link the identity of the intended beneficiary to the second defendant and the first defendant is the only benevolent fund administered by the second defendant. This is the simple case of construing the words in the will in the context in which the deceased used them."

Luckily for Barrie's racing club, the Judge ruled that the 50% gift should be construed as passing to it.

The Second Gift for Cancer Research

Further, they both had names which matched to some extent, the words used in the Will. The Judge confirmed that although both cancer charities had agreed they would be content to share the gift between them, this would not prevent a future claim being brought against James Knipe as executor by another cancer research charity, in claiming the gift was intended to be theirs. Accordingly, the court was required to rule on whether the gift amounted to being one for a charity which had ceased to exist at the date of Barrie's death, or a charity which never did exist, or was a gift for a charitable purpose.

After consideration, the Judge concluded, in accordance with James Knipe's application, that the gift was intended for the general charitable purpose of cancer research and it was therefore appropriate for him as executor to divide the gift between Cancer Research UK and the World Cancer Research Fund.

They Think It's All Over…

However, the complications with this case did not end there. Barrie's fiancée also brought an Inheritance Act claim against the estate in separate proceedings for a greater share of the estate than Barrie had left to her. Inheritance Act claims are beyond the scope of this article, but we will explore these and their effect on charitable legacies in a future article.

The Knipe case is a good illustration of the many ways in which these issues affect charities. Had one of the charities been appointed as the executor in this case, the risks of not securing specialist advice on the interpretation of the Will and obtaining the court's directions as to distribution are clear.

Likewise, charitable beneficiaries can face significant challenges in securing legacy income and the importance of ensuring Wills are watertight to protect against outcomes of this kind are evident.

Our Legacy Protection team are vastly experienced in helping HEIs to maximise their legacy income, which includes making sure standard Will documentation is watertight and spotting issues such as Inheritance Act claims before they arise. Many of the team are members of the Association of Contentious Trust and Probate Specialists (ACTAPS) and others have worked as legacy officers, having on-the-ground experience of managing the challenging situations HEIs face.

In cases where the public's attention may be drawn to specific disputes over legacies, through either court proceedings like these or press attention, we recognise the difficult balancing act which HEIs can face having duties under charity law to realise the full entitlement due to them and being subject to active regulation, but at the same time needing to keep a watchful eye to protect their reputation.

We will be addressing these issues over the course of our upcoming series of articles. We recognise that in the light of coronavirus (COVID-19) and the current fundraising restrictions, the need to maximise and protect your HEI's legacy income is as great as ever.

We hope that over the coming months you will find answers to some of the questions you may currently have, or anticipate having at a later stage. For further information and specialist legal support, please contact Leila Goodarzi in our Legacy Protection team on 07909 682364, or please complete the form below.