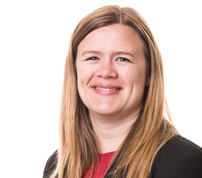 Should Employers Be Able to 'Fire and Re-Hire' Employees?

On 6 April 2021, HMRC made some changes to the tax rules regarding the availability of tax exemptions for some staff members who live on site (particularly some members of the senior leadership team).

What Are the Changes?

Following a wide consultation, HMRC is withdrawing the concession which allows certain posts to qualify for living accommodation tax exemption under the representative occupier ground.

The HMRC guidance sets out that a representative occupier is an employee:

The concession for representative occupiers relates to posts which existed before 6 April 1977. This meant that posts covered by the concession on 5 April 1977 remained exempt, provided the nature of the employment and provision of the property remained unchanged since 6 April 1977 and provided no rent was charged to the occupier. The exemption has continued to apply to employees who have subsequently been appointed to a post that carried representative occupier status. Some schools have therefore continued to rely on the representative occupier exemption until now for certain roles without having to investigate whether these posts are truly a valid service occupancy under the usual tests.

What Is the Service Occupancy Test?

If the school can demonstrate or justify that the post fulfils the usual service occupancy tests, then exemptions can still be claimed after 6 April 2021. The tests (as set out HMRC's guidance) are one of the following:

What Is Meant by 'Customary'?

The term 'customary' in the above is an important part of the test as HMRC state in their guidance on the use of this exemption: "Customary is not defined in the legislation and therefore has its ordinary everyday meaning. A practice is customary if it is recognisable as the norm and if failure to observe it is exceptional." For boarding schools, roles such as the Headmaster, house masters, chaplains and the School Matron may fall within this category (and possibly the Bursar depending on their duties), however for a day school, relying on the 'customary' test above may be difficult to justify.

Whether a post falls within the 'customary' exemption will depend on the specifics of each role and the school and will need to be examined carefully in each case. Hence, relying upon the second test above will now be riskier as the representative occupier exemption is being removed as an alternate justification for the arrangement.

What Should We Do Now?

From 6 April 2021, we recommend that you carry out an audit of staff who live on site under a service occupancy agreement (or licence to occupy linked to their employment) to ensure that all members of staff fit within the first or second test above. If not, you might want to consider moving any members of staff who fall outside of the criteria onto an assured shorthold tenancy.

We can assist with an audit, review of your current documentation and provision of new agreements.

For further information and support please contact Sarah Outram in our Commercial Property team on 07468 698967 or complete the form below.