Is the Pharma Sector Ready for a 'No-Deal' Brexit?

With the UK bracing itself for a 'no-deal' Brexit or some other outcome that has not yet been determined, pharma experts discussed the potential effect of Brexit on the supply chain and how to best prepare for it against the 12 April deadline. 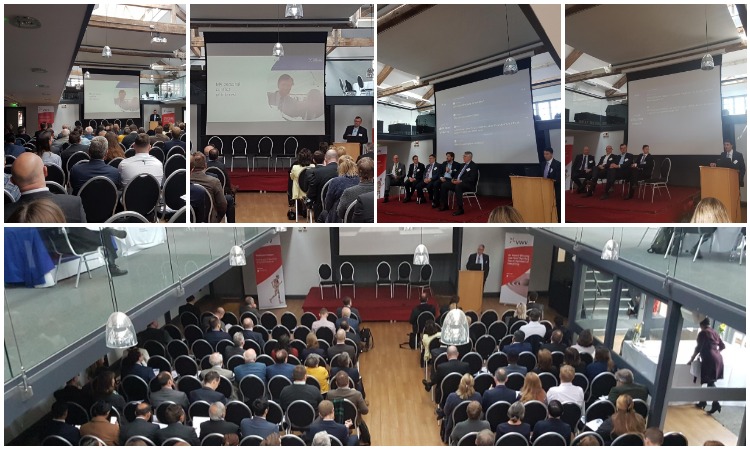 Over 120 delegates from the pharma supply chain gathered for the 10th Pharmaceutical Industry Network Group (PING) Conference, held for the second successive year on Brexit and in conjunction with Ethical Medicines Industry Group (EMIG).

The event was opened by VWV's PING Chair and Partner and Head of Pharmaceuticals and Life Sciences sector Paul Gershlick, with some opening words from Hertfordshire Local Enterprise Partnership's Head of Enterprise and Innovation, Paul Witcombe. Paul stated "PING is the only platform of any significance that can help us deliver a Local Industrial Strategy, which has the growth and development of the life sciences sector at its heart. Our ongoing collaboration with PING and other key sector partners will help us to develop a route-map for Hertfordshire’s economy with real drive, energy and innovation."

EMIG's Chair Leslie Galloway gave an overview of the different routes that Brexit may take, commenting on how "businesses, particularly healthcare businesses, thrive on certainty and the last almost three years have undermined their ability to invest and grow….hopefully soon, we will be able to deal with those challenges head on".

As the conference unfolded, various pharma areas were addressed, with input from leading pharma experts.

NSF Pharma Biotech's Executive Director Dr Peter Gough, presented the likely regulatory impact on the trade in medicines between the UK and EU post-Brexit, including:

After explaining the different approaches that the UK and EU are taking in terms of mutual recognition, Dr Peter Gough mentioned "it is hoped that regulators in UK and EU will put patients first and adopt pragmatic positions regarding the application and regulations."

Dr Jonathan Sheffield, Chief Executive of the Clinical Research Network at the National Institute for Health Research (NIHR), gave a very positive message. He said that work continues to increase regardless of Brexit. He commented that "there has been relentless investment in improving the life sciences research environment, which now makes UK the best place globally to conduct clinical trials of all phases. Brexit will not affect further improvements envisaged in Digital Health".

Despite Brexit uncertainty, the Pharma and Life Sciences sector still relies heavily on highly skilled research and development roles, with a large proportion being sourced from EU countries and further afield. It is ever more imperative to prepare for the UK's future. Tom Brett Young, Head of VWV's specialist Immigration team, stated "For future planning, Tier 2 sponsorship is a key part of the immigration system…those without a sponsor licence should consider applying for one now, and those who already have one should ensure that it is fully compliant and not at risk of being revoked."

Gareth Jones, Head of Corporate Affairs at the National Pharmacy Association, addressed Brexit concerns from a retail pharmacy perspective around what happens with the Falsified Medicines Directive, stockpiling, shortages and security issues, saying how "community pharmacists will do everything they can to support patients and maintain continuity of supply during Brexit, but as with other sectors there remain concerns about supply chains, availability of staff and access to EU databases."

Experienced Germany-based Professor Dr Christian Dierks of Dierks + Company provided an EU perspective, explaining how the German pharma industry saw Brexit. He gave a very warm expression of his and others' feelings about the UK. It was very clear from his presentation that they wanted to have continued close relations. In an uplifting presentation, Christian Dierks commented “pharma on both sides of the channel will suffer from Brexit, with or without a deal. We can mitigate these effects with resilience, pragmatism and cooperation…creating solutions that overcome regulatory burdens to focus on patient care.”

Richard Freudenberg, Secretary-General of British Association of European Pharmaceutical Distributors (BAEPD), discussed parallel trade between the UK and Europe, concluding that "many business sectors are suffering from the uncertainty surrounding Brexit. Few however have had to endure the existential threat that parallel traders have experienced since the referendum. Now at least we have been able to establish from recent Government guidance that in virtually whichever political outcome results, we can look forward with security to the continuation of our business."

VAT, customs and tax implications for trade with Europe and the rest of the world post-Brexit were also discussed, with Richard Turner and Alistair Winning from FTI Consulting highlighting "the tax implications as a consequence of Brexit should, on the whole, be manageable. However, if there is a need to change the supply chain, it is important that the tax is considered at an early stage."

Paul Gershlick commented, "There is no bigger issue facing everyone than Brexit. In light of the uncertainty and challenges, the conference provided much insight and information to pharma businesses. Given the current uncertain circumstances, the messages were encouraging and we hope to see a bright future for pharma and life sciences in the UK and in co-operation with our European neighbours."

For more information about the Pharmaceutical Industry Network Group (PING) and Pharmaceuticals and Life Sciences Law, please contact Paul Gershlick on 01923 919 320, or complete the form below.