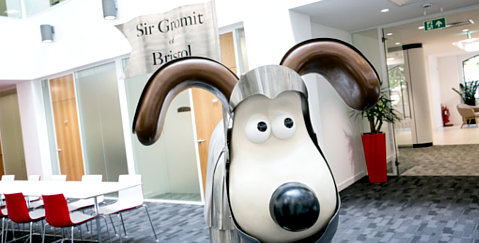 We play an active role in our regions, not only in business but also in community life.

Staff are encouraged to engage in community support work and projects both during office hours and outside. We do this by granting extra holidays for days spent on worthwhile causes whilst at work and advertising widely the activities. We also match-fund any amounts produced as a result. Involvement in community projects also provides us with a valuable source of personal learning and development as well as enabling us to deliver important professional advice and support.

VWV's Charitable Trust and Charity of the Year

Each year, our staff nominate their chosen Charity of the Year, which we support through various fundraising activities.

We are excited to announce that Off the Record, Samaritans, Birmingham Mind and Electric Umbrella have been chosen as Charities to support by each office with a firm-wide theme of Mental Health.

The support will span two years.

Bristol - Off the Record

Off the Record is a mental health social movement by and for young people aged 11-25 in Bristol, South Glos and North Somerset and has been running since 1965.

Samaritans provides emotional support to anyone in emotional distress, struggling to cope, or at risk of suicide throughout Great Britain and Ireland, often through their telephone helpline.

Birmingham Mind works with individuals with mental health needs, assisting them to build upon their own strengths so that they are in control of their own lives.

We previously chose The Prince's Trust as our Charity of the Year - committing to a four-year period in order to enhance our support and contribute further to the charity's long-term goals.

We annually supported trust's 'Future Steps' challenge - raising over £35,000 in the last four years, with £5,400 being raised this year.

We have our own charitable trust,  the VWV Charitable Trust, which makes regular grants to regionally based charities and which provides substantial financial support to our Charity of the Year.

In addition, the Trust also donates funds to Quartet. Set up in 1987, Quartet is an independent registered charity which manages and distributes funds on behalf of individuals, companies, charitable trusts and statutory agencies primarily to meet needs in the West of England. Their aims are therefore very much in tune with our emphasis in supporting local charitable causes.

Our staff are regularly involved in the community, in an individual capacity and professionally too. A few recent examples include:

In February 2018, 'Partner Pandemonium - A Jungle Challenge' saw seven of our Bristol partners go head-to-head in some gruesome trials, with all proceeds going to Ronald McDonald House, Bristol. 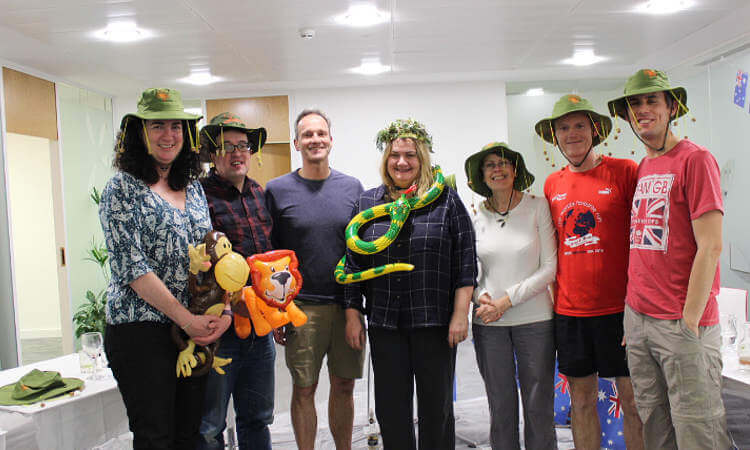 With plenty of mess, laughter and audience participation, the contestants took part in a series of challenges, including the aptly-named 'Jell-O from Hell-O' and 'Goldicockroaches Porridge', which saw the contestants using their mouths and feet respectively to retrieve as many stars as possible from a bowl of gunk and critters in a given time limit. The partners also had their 'Insect Quotient' tested in a specially-designed quiz, before sitting down to a stomach-churning, three-course meal that included delicacies such as tarantula, chicken feet and a critter smoothie!

Bristol Art Trails - Shaun in the City and Gromit Unleashed

In 2013 we took part in Gromit Unleashed, an interactive art exhibition trail in Bristol. The trail concluded with the Gromit sculptures being auctioned, the sale of which raised over £2 million for the Grand Appeal, the Bristol Children's hospital charity. We are now the proud owners of Sir Gromit of Bristol, who sits in our Bristol office reception.

In 2015, Aardman’s internationally-acclaimed character Shaun the Sheep appeared in two ewe-nique art trails. Over 100 giant sculptures of Shaun the Sheep created by artists, celebrities and designers placed in iconic locations across Bristol and London.

Shaun in the City was created by the team that created the award-winning Gromit Unleashed. We were delighted to be a founding sponsor for a second year running.

In 2018, we sponsored once more the iconic art trail, which raised money for Bristol Children's Hospital and the Special Care Baby Unit at St Michael's Hospital.

As a proud sponsor, we organised a day of fundraising activities tailored to each of the Wallace & Gromit films. We dropped our usual business trousers and popped on the "wrong trousers" for one day. We also organised a drawing competition for the little ones, and members of our IT team bravely volunteered to have their legs waxed for the fantastic cause! A total of £700 was raised for Bristol Children's Hospital.

We offer free meeting space to a number of charities, including:

As part of the relocation of our Bristol office to Narrow Quay House in November 2015, we also donated office equipment and furniture to international charity Meningitis Research Foundation.