Brexit and the Charity Sector - What Do Trustees and Leaders Need to Be Aware Of? 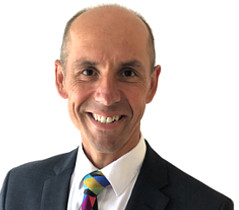 The more Brexit rolls on, the more the ongoing challenges become the new reality. What matters for trustees and senior charity leaders is to maintain awareness of the changes and an ability to know how to check up on relevant areas.

We have previously written of some key areas affected by the end of the Transition Period under the Trade and Cooperation Agreement agreed in December - trade in goods and services, state aid, and data transfer with the EU.

If you want to read a summary of the deal, it is here (although the Agreement itself is 1,200 pages, this 'summary' is still 34 pages, so buckle up!)

The Charity Tax Group has recently summarised a number of current points to watch for the charity sector, namely:

- Pay no import duties and VAT on goods for charity

- Reliefs from VAT for disabled and older people

For specialist legal advice on any of the challenges Brexit poses to your charity, please contact Chris Knight in our Charity Law team on 07468 698954, or complete the form below.