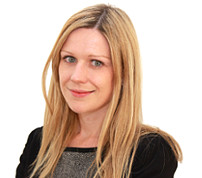 Everyone's Invited - How Does the Movement Affect Charity Employers?

Everyone's Invited - How Should Charities Respond?

The Charity Commission's inquiry report on the Durand Education Trust contains some important lessons for other charities, particularly those with related entities, such as academy trusts and trading companies.

The case serves as a reminder that trustees must understand their charity's governance and land arrangements, and ensure a clear delineation between different entities. It underlines that where people are trustees of more than one organisation, it is essential to identify and manage conflicts of interest. The report also provides insight into the circumstances in which remuneration of a trustee may not be regarded as 'reasonable'.

Further details of the case and the Commission's findings are set out below.

The existence of related companies created further complexity. A private trading company has been set up to operate facilities at one of the school sites of which the Academy Trust's trustees acted as directors.

In addition to the Commission's inquiry, the Education Funding Agency raised concerns and has since given notice of its intention to terminate the Academy Trust's funding agreement.

Issues Investigated by the Commission

The Charity held land on trust for the academy. The terms of the trusts were unclear, meaning there was a lack of clarity regarding how the income resulting from the site could be applied.

The Commission's inquiry established that there were no lease agreements between the Charity and any other body using the sites, and no tenancy agreements for staff using onsite accommodation. The report highlights the need to put proper arrangements in place which clearly set out each party's respective obligations and the terms of any use of land.

The Academy Trust's trustees did not re-tender the contract or test the market in 2012. Instead they relied on the track record of the former executive head during the performance of the initial contract. The Commission found that this did not justify the failure to tender or test the market. The Commission noted that the trustees had not analysed the sums that were likely to be payable and minutes did not explain why the contract represented good value. The termination payment was estimated to be £1.8 million. The Commission found that the trustees should have applied greater scrutiny to the reasonableness of the terms as the position had changed since the initial contract was awarded.

The 'Reasonableness' of the Remuneration

The Academy Trust's articles provided that any remuneration to trustees or connected parties must not exceed "an amount which is reasonable in all the circumstances". The total remuneration amounted to over £2.6 million.

The Commission was not satisfied that the remuneration was reasonable, in particular the special termination payment. It was relevant that the trustees did not undertake a benchmarking exercise or competitively tender and they agreed to a termination payment which was payable irrespective of the grounds for termination.

The Commission instructed the Charity to carry out a benchmarking exercise, for which it employed consultants. The Commission recognised that there were two possible benchmarking comparators: executive pay and the profit and value created from the venture.

The Commission found that the trustees failed to recognise the separate legal status of the entities and did not put in place adequate measures to enable them to discharge their duties. This led to a lack of clarity around asset ownership and trustee remuneration. The Commission found that to ensure conflicts of interest can be managed the trustees should ensure that the board of each entity is able to take quorate decisions where there is a conflict.

For more information, please contact Elizabeth Knight in our Charity Law Team on 020 7665 0917.