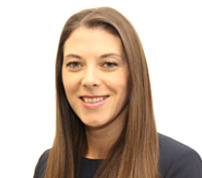 Following a recent flurry of cases arising out of coronavirus (COVID-19) and the resulting impact on employment, we review three notable cases and what they could mean for the higher education sector.

In Kubilius v Kent Foods Ltd, due to COVID-19, one of Kent Foods' major customers Tate & Lyle ('Tate') required face masks to be worn by all staff at its site and visitors were issued with a face mask on entry.

The Kent Foods' Drivers' Handbook stated that customer instruction regarding PPE must be followed and maintaining good relationships with customers was essential. The Kent Foods' Employee Handbook required:

During a delivery to Tate's site, Mr Kubilius refused to wear a face mask whilst sat in his lorry cabin with the window open. Managers at the site were concerned that he could pass the virus to other people due to his elevated position in the lorry. Two Tate employees requested that Mr Kubilius put his mask on whilst in the cabin but he argued that his cabin was his home and that wearing a face mask was not a legal requirement. He was subsequently banned from the Tate site which materially affected his ability to do his job.

Following an investigation by Kent Foods, Mr Kubilius was summarily dismissed for gross misconduct. In refusing to comply with Tate's instructions regarding PPE, Kent Foods found that Mr Kubilius had breached the requirements to maintain good relationships with clients and to co-operate to ensure a safe working environment. Mr Kubilius brought a claim for unfair dismissal in the Employment Tribunal.

The Tribunal held that Mr Kubilius' dismissal had been fair. The reasons behind the decision included:

The supplier/customer relationship in this case was as fundamental as the university/student relationship, each depending on a level of trust. Although, given the recent changes in government guidance, the refusal to wear a face mask by an employee will not necessarily amount to gross misconduct, it highlights how universities should approach the implementation of internal policies by:

These steps should help stand a university in good stead if it takes action because of a breach of an internal policy, particularly where that breach has the potential to negatively impact the student relationship.

In Accattatis v Fortuna Group (London) Ltd, an Employment Tribunal found that the dismissal of an employee who said he felt uncomfortable commuting to and attending the office during lockdown and asked to be furloughed was not automatically unfair.

Mr Accattatis worked for Fortuna, a company which sells and distributes PPE. During March and April 2020, Mr Accattatis repeatedly asked to work from home or be placed on furlough, explaining that he was uncomfortable using public transport and working in the office. Fortuna told Mr Accattatis that his job could not be done from home and that furlough was not possible because the business was so busy. Instead it said he could take holiday or unpaid leave. Mr Accattatis declined and asked three more times to be furloughed. After the final request on 21 April 2020, he was dismissed by email the same day.

Mr Accattatis did not have the sufficient service to claim ordinary unfair dismissal. He instead alleged he had been automatically unfairly dismissed for having taken steps to protect himself from danger.

The Tribunal observed that the Government had announced on 14 February 2020 that COVID-19 posed a serious and imminent threat to public health. This, together with Mr Accattatis' emails expressing concern about commuting to and attending the office, showed he reasonably believed there were circumstances of serious and imminent danger.

However, it was a requirement for Mr Accattatis to have taken appropriate steps to protect himself from danger or to have communicated the circumstances of danger to Fortuna. Fortuna had reasonably concluded that Mr Accattatis' job could not be done from home and that he did not qualify for furlough but had instead suggested taking holiday or unpaid leave. Mr Accattatis' response was not only that he wanted to stay at home (which was agreed by offering holiday or unpaid leave), but also to demand that he be allowed to work from home (on full pay) or be furloughed (on 80% of pay). These demands were not appropriate steps to protect himself from danger, so his claim failed.

This case is a reminder that the pandemic may not on its own justify a refusal to attend work if a university has reasonably tried to accommodate an employee's concerns and reduce transmission risk.

Of course, some staff have been and will remain on campus but it has been shown over the last 18 months that many jobs can be carried out remotely. Where there is a requirement to attend campus it would be good practice to document the rationale behind the requirement, ensure that appropriate risk assessments have been carried out and ensure that any resulting policies are clearly communicated. This should go some way to showing that there is no serious and imminent danger to employees or others, helping to protect universities from claims like that pursued by Mr Accattatis.

In Gibson v Lothian Leisure, Mr Gibson worked as a chef in a restaurant owned by Lothian Leisure. The restaurant closed temporarily in March 2020 due to the first COVID-19 lockdown and Mr Gibson was furloughed. Before re-opening the restaurant, the employer asked Mr Gibson to come into work. Mr Gibson was concerned about catching COVID-19 at work and passing it on to his father, who was clinically vulnerable. When Mr Gibson raised concerns about the lack of PPE or other COVID-secure workplace precautions, the employer's response was robustly negative and he was told to "shut up and get on with it".

With no prior discussion, the employer dismissed Mr Gibson summarily by text message on 30 May 2020. It did not pay him any notice pay or accrued holiday pay. The message said that Lothian Leisure was changing the format of the business and would be running it with a smaller team after the lockdown.

In contrast to the Accattatis case, an Employment Tribunal held that Mr Gibson had been unfairly dismissed because he had taken steps to protect his father in what he reasonably believed to be circumstances of serious and imminent danger due to the lack of PPE or other COVID-secure procedures.

The Tribunal also found that, since the wording of the employer's text message dismissing Mr Gibson suggested a possible redundancy situation, he had been unfairly selected for redundancy because he had taken steps to protect his father. The circumstances of danger were the growing prevalence of COVID-19 and the potential significant harm to Mr Gibson's father if he contracted the virus. Mr Gibson reasonably believed that this was a serious and imminent danger to another person, leading him to raise concerns regarding the lack of PPE. Until Mr Gibson had raised those concerns, he had been a successful and valued member of staff.

It is unlikely that employees would be able to show that there was a serious and imminent danger to their welfare, or that of another person, where universities have carried out the appropriate risk assessment, implemented COVID-secure policies and procedures and clearly communicated those.

For further information about the impact of COVID-19 on employment in the HE sector please contact Katie Hurst in our Employment team on 07384 545711 or complete the form below.