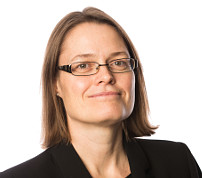 Did you know that if you are involved in a road traffic accident, the rules about bringing a personal injury claim may have changed.

On 31 May 2021, the Whiplash Injury Regulations came into effect. These new Regulations will affect people who have been involved in a road traffic accident after 31 May 2021, which was not their fault and they have suffered a soft tissue injury to their neck, back or shoulder and a full recovery is expected to be within two years.

There are now fixed amounts of compensation. The amount is determined by the injury and how long it takes to recover. The Government has said that these changes have been put in place to bring down the ‘unacceptably high’ number of whiplash claims made every year. It also said that the predicted £1.2bn savings the insurers would make would be passed on to motorists. It is worth noting that this was also said last time major reforms came in regarding who pays costs in personal injury claims, but there is no evidence that it happened.

The introduction of these reforms doesn't mean you can't make a claim for compensation. It is anticipated that an injured party will bring the claim themselves, through an online portal called 'Official Injury Claim'. This portal is to be used if the claim for injury falls under £5,000.

It's important to note that if a claim falls within the new Rules, you may need to pay your own legal fees if you want legal representation, even if your claim is successful. Also, if the insurers of the person at fault disagrees on anything you've said, you may have to represent yourself in court.

We outline the three main changes for clients in the new regime.

A Reduction in Compensation Amounts

There are new tariffs which have now been set under these new reforms which reduce the amount of compensation that can be received. The new compensation ranges from £240 to £4,345 for whiplash and minor psychological injury. There are uplifts obtainable in exceptional circumstances, for example if injuries are detailed as ‘exceptionally severe’. Any other injury is valued separately, other than the soft tissue injuries.

The Threshold for Legal Fees

At the moment, if the claim is worth over £1,000, the defendant will have to pay legal fees.

Under the new rules, the defendant's vehicle insurer will not pay for legal fees unless:

A Claims Portal to Represent Yourself as ‘Litigant in Person’

The Ministry of Justice have introduced a claims portal, where the injured person can register the claim themselves and deal with the defendant's insurers directly. They have published an extensive guide to assist claimants.

Not everyone agrees that the Whiplash Reforms are a positive move. Gordon Dalyell, president of the Association of Personal Injury Lawyers (APIL) has said in a statement:

"It treats injured people with contempt… It assumes that the injured person will simply accept without question what the insurer says has happened, who is at fault, and how much compensation is fair. Or, if the injured person refuses to accept what he’s told, it is assumed he will be able to take his case to the small claims court. This means paying a fee upfront and facing down the lawyers of the person who has injured him, probably without being able to afford a lawyer of his own to help navigate a court system which is simply not designed to deal with these complex issues”.

It follows from this that these changes would prevent access to justice as people who are genuinely injured might be put off by how complicated the process is.

There are however a number of exceptions where an injured party can fall outside of the new reforms and can instruct a solicitor and recover legal costs.

If you would like further advice on whether your claim falls outside of the new Whiplash regime then please contact Nicola Bickham in our Personal Injury team on 0117 314 5330, or please complete the form below.