What Happens To Your Digital Assets When You Die? 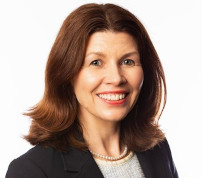 Separation for Unmarried Couples - A Hidden Sting in the Tail

Leaving Jointly-Owned Property in Your Will - Avoiding Pitfalls

The Bank of Mum and Dad - Is Money Given to a Spouse by Family a Gift or a Loan?

Treasured family photos could be lost. Social media accounts that charted our lives could disappear into cyberspace. Valuable crypto-currencies might be lost forever.

We live in a world in which more and more of the things we most value are digital, and yet very few of us have made any preparations for what will happen to them when we die.

There is widespread confusion about the rights people have over their digital assets, according to our new survey. Even though virtually all adults in the UK now have digital assets, less than a quarter are confident that they know which ones they actually own, and only 6% have specifically included digital assets in their Wills.

Most respondents had made no plans at all – which may cause problems for loved ones after a person has died.

"Technology has changed very rapidly," said Angharad Lynn a Senior Associate in our Private Client team. "But the law hasn’t kept up, and neither have most people writing a Will."

What Are Digital Assets?

At present there is no legal definition of digital assets in the UK, but it is generally taken to include everything from email accounts, to social media and photographs stored online, as well as cryptocurrencies and digital documents. However, many of the respondents to our survey, which was carried out over the summer, were uncertain which assets could be handed on to their heirs, and which were simply licences that expire on death.

Despite the lack of understanding, many individuals do not want their accounts to be shut down when they die. Nearly 85% of those who had digital photographs do not want them erased on death. 80% of those with digital documents and everyone with Bitcoin or other cryptocurrencies wanted to hand them on.

However as Angharad says, although including reference to digital assets in your Will is a good idea, assets won't necessarily be passed on as you wish. "The law that deals with the succession of digital assets has so far struggled to keep pace with rapid developments in technology. It is sensible to appoint a digital assets manager in your Will, but it is unclear whether providers of digital content will accept such an appointment as consent to disclose account information to the manager, or to allow the manager to reset passwords. I would hope that the law will develop over time so that the rules might be clearer."

For example iCloud’s terms state that there is no right of survivorship and "Unless otherwise required by law you agree that your Account is non-transferable and that any rights to your Apple ID and Content within your Account terminate upon your death."

What this means is that even if a person makes a Will stating that documents or photographs stored on iCloud are to go to a certain individual, they may require a court order to make that happen.

Angharad argues it is still vital to ensure that your assets are passed on as you wish. Sharing your log on details with your loved ones may be the only practical way of doing that. However it is important to note that this can breach user agreements.

Keeping an inventory of digital assets and updating it regularly is important and enabling family to access accounts, particularly email is vital in ensuring that no assets are lost on death. The challenge is to do this securely and legally.

Lynn added: "We conducted this survey because we realise that digital assets have crept up on us. A generation ago books were stored on shelves, photographs in albums and shareholdings were recorded in paper certificates."

The survey found that 95% of respondents had online photographs, 97% had an email account, 71% had social media, 55% had digital documents, such as novels or presentations and 5% had cryptocurrency, such as Bitcoin.

83% of respondents had a Will, and more than 65% of those with Wills said they planned to update them to include their digital assets. Some respondents had disclosed passwords or nominated a loved one to administer an account after death as a way of ensuring that assets could be passed on.

"Assets" that cannot be passed on and are simply licences that end on death include books on Kindle, and music or films on iTunes and Spotify.

For more information, please contact Angharad Lynn in our Private Client team, on 0207 665 0904, or complete the form below.