Procurement, State Aid, and the Brexit Transition - What Happens Now? 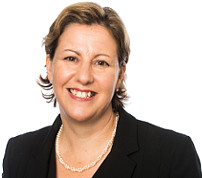 Transforming Procurement - What Can Universities Expect?

The Future of Subsidy Control - Consultation Now Out

For contracting authorities and suppliers bidding for public sector contracts, the procurement rules remain largely unchanged, at least for the moment.

Some minor amendments have been made to the Public Contracts Regulations 2015 to ensure the rules will work in practice for a UK domestic system. For example, procurement notices will be published on the Find a Tender service, rather than the Official Journal of the European Union. The current procurement thresholds will remain in force.

There are a couple of early signs that the UK Government intends to introduce more radical reforms to reflect the fact that it is no longer bound by the EU procurement rules.

As from 1 January 2021 the guidance on evaluating social value and the recommendation, at least for central government and non-department public bodies, to include a weighting of 10% for social value award criteria also comes into force.

For procurements which are sub-threshold, Procurement Policy Note 11/20 permits contracting authorities to reserve certain contracts for small and medium-sized Enterprises (SMEs), to the charity sector or to Buy British in certain circumstances.

The UK Government recently launched a consultation on reforming the procurement rules to speed up and simplify procurement processes, so keep any eye out for more significant changes later this year!

What About State Aid?

State aid has been one of the well-publicised sticking points of the trade negotiations. The EU State aid regime together with any exemptions that applied are revoked by legislation with effect from 1 January 2021. As a result the State aid rules are in a state of flux.

The Government has committed to consulting on a new subsidy control regime. In the interim, the baseline position is the WTO Agreement on Subsidies and Countervailing Measures which only apply to certain goods as amended by the subsidy control principles set out in the EU-UK Trade and Co-operation Agreement. The UK Government has just released some explanatory guidance on the rules. The layering of the various principles is complex and will need careful review in each situation.

Our Procurement and State aid team will keep you updated of any developments.

For specialist legal advice on procurement and State aid following the end of the Brexit transition period, please contact Stephanie Rickard on 07384 251 896, or complete the form below.