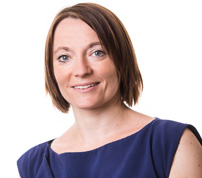 In a case which has far reaching implications, the Court of Appeal, in the case of Harpur Trust v Brazel, considered how to calculate holiday entitlement and holiday pay for permanent staff who only work for part of a year.

Given the number of staff in schools who work irregular hours and some form of term time working, the decision is likely to prove both expensive and challenging to administer.

Mrs Brazel is employed as a visiting music teacher. In common with arrangements adopted by many schools, her hours of work are dictated by pupil demand and her hours and pay vary according to this.

She only works during term times and is not required to work during the school holiday periods. She was paid in respect of her holiday pay three times a year at the start of each of the main holiday periods. The employer calculated this based on hours worked by Mrs Brazel in the preceding term and using the multiplier of 12.07%.

All workers are entitled under the Working Time Regulations 1998 to 5.6 weeks' paid leave in each year. 12.07% was the methodology suggested by ACAS in its guidance 'Holidays and Holiday Pay' to calculate this where staff did not have regular working patterns, as it equates to 5.6 weeks holiday/46.4 working weeks (so pro-rating from a full time 52 weeks per year contract).

The Working Time Regulations state that all workers are entitled to 5.6 weeks' leave each year. They also state that this should be paid based on the statutory method for calculating "a week's pay". The argument before the courts was whether the use of 12.07% met these requirements.

There are two elements to this. Firstly, whether it was possible to pro-rate the 5.6 weeks' leave entitlement to account for how many weeks were worked in the year. Although the European Directive from which the UK rights were implemented would allow some form of pro-rating (as has been established in European case law), that had not been expressly adopted in the UK Working Time Regulations. Accordingly, the argument put forward by Mrs Brazel (and subsequently Unison) was that she should be entitled to 5.6 weeks' leave a year.

Secondly, how should this be paid. Mrs Brazel also argued that that because she had no normal working hours, the amount she should be paid for her holiday should be calculated by averaging her pay over the 12 weeks actually worked immediately prior to the relevant holiday being taken (discounting any weeks where there was no pay at all), rather than using the 12.07% multiplier.

The Court of Appeal's decision agreed with Mrs Brazel that technically this was the case. This means that an employee who is employed under a permanent contract, but who only works for part of the year, should receive the same holiday entitlement as an individual who works all year round. They also receive a proportionately higher rate of pay for their holiday than full year workers.

In accordance with the Court of Appeal decision:

If the Harpur Trust is granted leave to appeal the decision to the Supreme Court and is successful, it is possible that the pro-rata principle could be re-instated in terms of how the entitlement to holiday and holiday pay under the Working Time Regulations is interpreted. It may be some time before this is determined and in the meantime the Court of Appeal decision is binding.

Accordingly, we would recommend that schools:

For further information on this case, please see our FAQs available on OnStream.